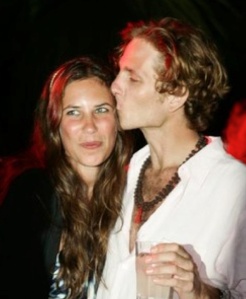 It was announced by the Palais Princier that Mr. Andrea Casiraghi and his longtime girlfriend, Ms. Tatiana Santa Domingo, welcomed their first child together on Thursday, March 21, 2013.

The healthy baby boy is the first grandchild for Her Royal Highness Princess Caroline of Hanover and the late Mr. Stefano Casiraghi.

According to the press release, mother and child are doing well.  Mr. Casiraghi and Ms. Santo Domingo will marry sometime later this year.

Congrats to the couple!   🙂