This evening in Monaco H.S.H. Prince Albert II and his sweet fiancée, Charlene Wittstock attended their pre-wedding concert at the Stade Louis II in Monte-Carlo.  The performers for the evening: The Eagles.

Well, the day is finally here when H.S.H. Prince Albert II of Monaco will no longer be the world’s most eligible bachelor. Finally, he is lucky enough to marry former Olympian, Miss Charlene Wittstock, after dating the future princess since… forever.

Anyway, here is the information you need order for you to enjoy the lavish two-day princely wedding festivities in Monaco.  If some of the links crash due to heavy traffic or simply do not work on your computer… don’t blame me.   🙂

Where to watch the wedding is my original post from June 25 regarding the links in order to watch the princely wedding online. Here are the links again:

For those of you who live in France here is the complete schedule and links. 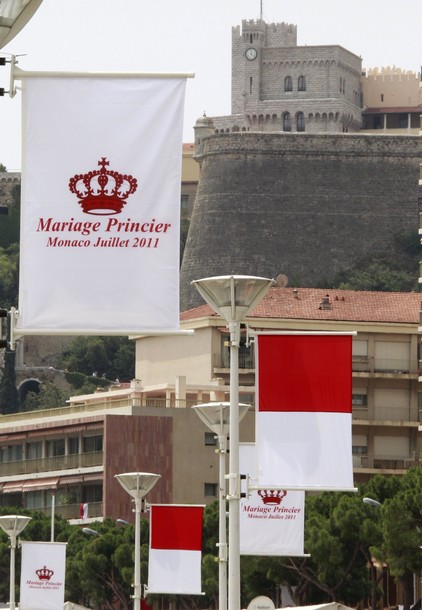 Palais Princier de Monaco wedding program or if you cannot speak French click the link here for the English version.

Euronews Wedding Schedule beginning at 5pm July 1.  Or, if you are interested in watching behind the scenes reports you can begin watching their coverage on July 30, 2011.

The civil ceremony begins promptly at 5pm in the Throne Room at the Palais Princier de Monaco.  Currently, Euronews will broadcast the civil wedding and will continue to stay live on air until after the Jean Michel Jarre concert ends. (source)

If you are interested in watching the JM Jarre concert click the link here and scroll down.  Here you will find two links for the concert. 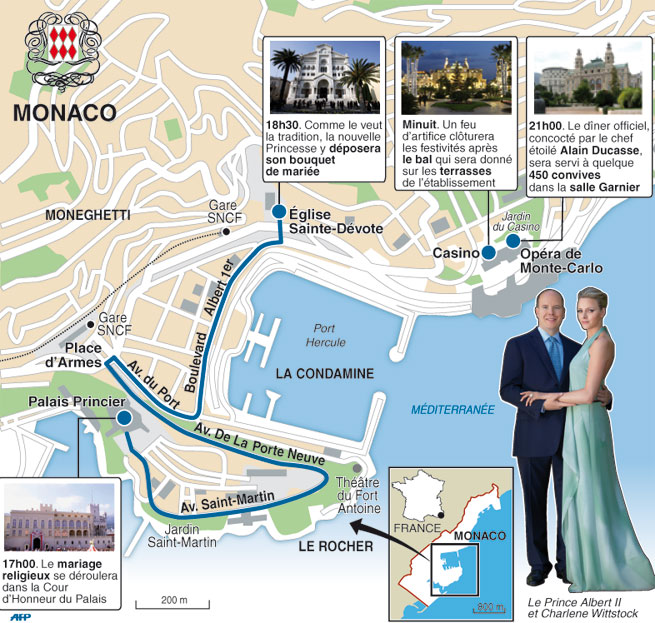 After the religious ceremony the couple will whiz by all the Monégasques, tourists, and reporters in their new Hybrid Lexus until the new princely couple of Monaco reach Sainte Dévote church where H.S.H. Princess Charlene of Monaco will leave her lovely bouquet. 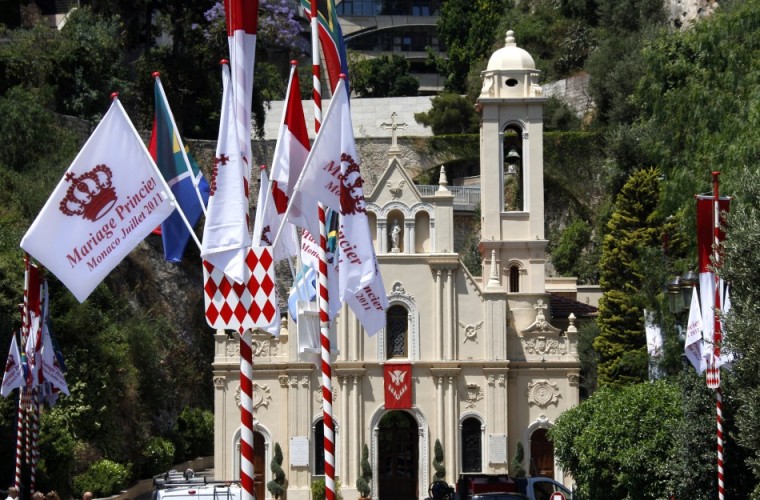 At 9pm it is time for the lavish gala princely wedding dinner at the Opéra terraces at the Salle Garnier. At 10pm  EuronewsNC will continue their broadcast with a brilliant, yet not so environmentally friendly, fireworks show by Jacques Couturier, “…best-known producer of firework displays in France, to put on an “opera of fire” above Monaco’s harbor.” (source) 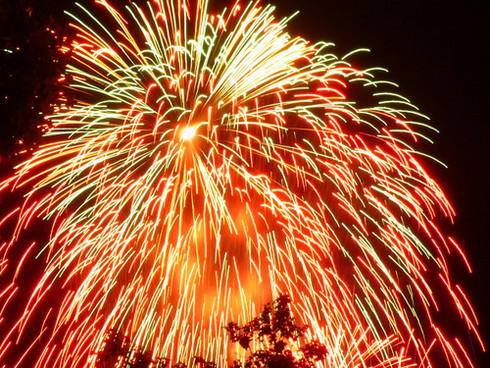 You know that you can always count on Isabelle Kumar and the Euronews team for providing all the latest video reports from Monaco regarding the princely wedding.  Click here to watch the segment, Final Preparations.

On the official website for the upcoming princely wedding in Monaco a new page has been added this morning for those who want to watch all of the festivities including the religious wedding on July 2, 2011.  Click here and bookmark it!   Right now, they are streaming live with a bunch of news reports and so forth.

Also, the French newspaper, Nice-Matin, will air the festivities as well here.

It was announced this morning by Mr.Philippe Narmino, Director of the Judicial Services and President of the Council of State and the man who will conduct the civil ceremony on July 1, that the two witnesses for the civil marriage between H.S.H. Prince Albert II of Monaco and Miss Charlene Wittstock are: Mrs. Donatella Knecht de Massy and Chris Levine.

This news isn’t exactly surprising to many seasoned royal watchers who always believed Mr. Levine would be the witness and best man for H.S.H. Prince Albert II.  As for the future princess’s choice, again, no surprise here.

With a day and a half to go before the wedding in Monaco the French television network, France 2, decided to develop a short video report about the future princess of Monaco, Charlene.  Click here to watch. 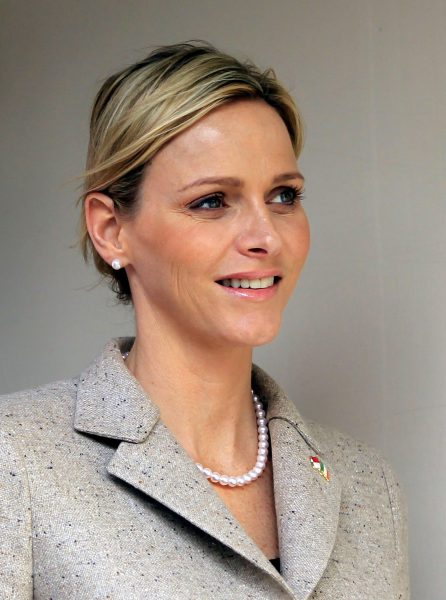 Once again Euronews has provided another video news report about the Monaco princely wedding.  Their latest report, from yesterday, focuses on the future princess of Monaco, Charlene.  Click here to watch. 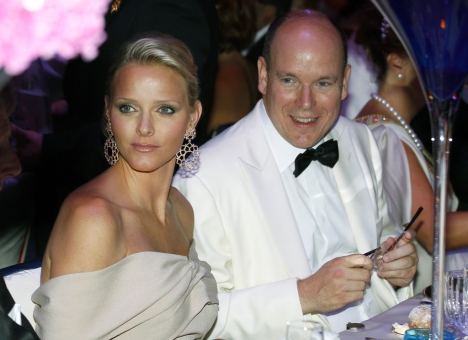 Royalty Inside is a German program that recently spoke about the upcoming princely wedding in Monaco.  The program is in German and there are no sub-titles… sorry.  Click here to watch.

Finally, here is a video report from ZDF entitled, Royal Wedding in Monaco, about the late Princess Grace, Prince Rainier, Princess Caroline, Prince Albert and of course, the future princess of Monaco, Charlene.   Again, the program is in German.  Click here to watch.

H.S.H. Prince Albert II of Monaco and the soon-to-be princess of Monaco, Charlene, are currently on the cover of this week’s edition of Point de Vue.  The image was shot during a brief balcony appearance during the Saint Jean religious procession last week. So, if you happen to see the issue on your local newsstand buy it.  Within the issue there is a nice article about the couple.

Here is the latest video report from Euronews about upcoming wedding in Monaco.  It’s basically a schedule read for what we should expect and much more.  Click here to watch. 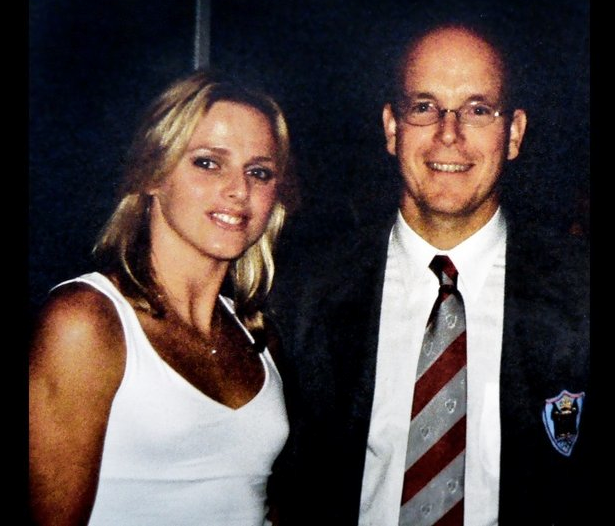 In case you were wondering, no, I won’t translate it for you.  Sorry.  🙂

Click here to watch.  Photos from this afternoon of the couple.

In yesterday’s Monaco Times newspaper there was a nice article about the future princess of Monaco, Miss Charlene Wittstock.

The article entitled, ‘The Good Work of a Princess’ focuses on Miss Wittstock’s recent trip to Athens, Greece where she took part in the opening ceremony of the Special Olympics Summer Games.