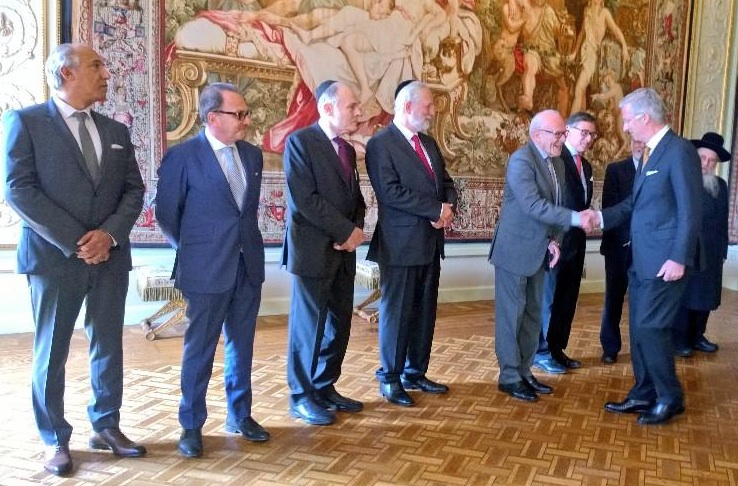 On May 27, 2015, His Majesty King Philippe of Belgium hosted a reception at Château de Laeken for representatives of the Jewish community in Belgium.  Earlier, His Majesty accompanied by Her Majesty Queen Mathilde held an audience with the United Nations Secretary-General, Mr. Ban Ki-moon, and his wife, Yoo Soon-taek, at the Palais de Bruxelles.