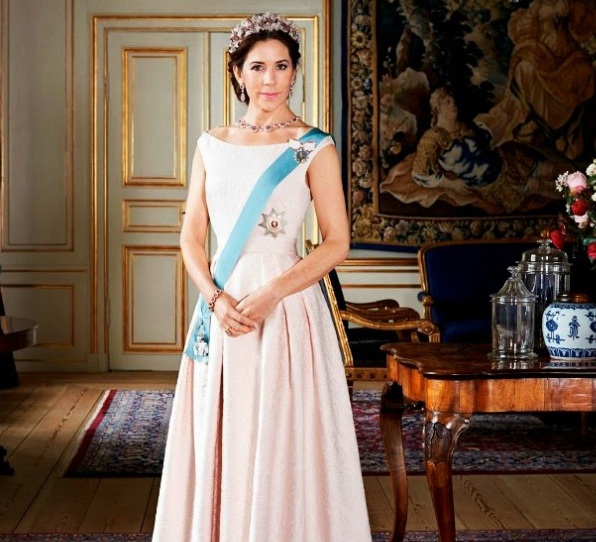 On Friday, May 8, 2015, Her Royal Highness Crown Princess Mary of Denmark officially opened the Ringsted Krisecenters Sensory Garden and Playground in Ringsted.

According to a press release this special:

“…project born about two years ago after visiting the therapy gardens where it’s all about nature’s importance for the well-being and rehabilitation.

The crisis center in Ringsted has created a garden that will serve as a haven for the abused and threatened women and children residing in the shelter. The children have been rare and challenging play areas, and created opportunity for conversations and meetings can be moved outside.

On Friday, May 8, 2015, His Serene Highness Prince Albert II of Monaco participated in the first meeting of the year with the Fondation Prince Albert II de Monaco Board of Directors in Monte-Carlo.

During this afternoon’s meeting members:

“…approved the 2014 financial statements of the Foundation. Since its creation in 2006, the Foundation has supported 341 projects.  10 new projects within the three areas of the Foundation’s priority actions were submitted to the Board of Directors for approval, among them  WCRP Polar Challenge project, Chimpanzees and men: Research and protection of tropical biodiversity, and Seahorses implementation project in the Marine Reserve of Larvotto…” 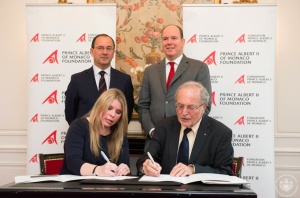 And, finally, on May 7, 2015, Prince Albert II lent his support to French yachtsman, Mr. Alain Thébault:

“…a pioneer in boats that fly and alongside Eric Tabarly the instigator of the Hydroptère, who is currently on standby in Los Angeles to attempt a record-breaking Pacific crossing.

A special encounter is set to take place in Hawaii between Mr. Bertrand Piccard and Mr. Alain Thébault, one driven by the wind, the other by the sun, but both promoting the same message: ‘Use Clean Energy’. Support given to Alain and his crew by the Fondation Prince Albert II de Monaco will enable them to leave for Hawaii as quickly as possible so that they can join forces with Solar Impulse to deliver the same message. One parameter remains uncertain: a debris field resulting from the tsunami, a stretch the size of Texas which the crew need to sail along on the edge of a high-pressure area before reaching their friends from Solar Impulse in Hawaii.

A film will be produced to denounce the pollution of this ocean, sadly strewn with waste and other plastics, in conjunction with the Fondation Prince Albert II de Monaco and the Paul Ricard Oceanographic Institute that are working in Monaco and France on these issues which will have an impact on future generations.”

On May 8, 2015, His Royal Highness The Prince of Wales officially opened the new Poundbury Cancer Institute at Newborough House.  During today’s visit the prince met was given a tour of the facility as well as met with staff.

Later in the day the Prince of Wales also presented keys to “….a local family who moved into the 250th home constructed by The Guinness Partnership…” in Poundbury.

For more information about today’s activities please click the links below.

Per a press release via the WIELS:

“What would it mean for choreography to perform as an exhibition? This question is the point of departure for ‘Work/Travail/Arbeid’. In response, Anne Teresa De Keersmaeker reimagines her piece ‘Vortex Temporum’ for the radically different temporal, spatial, and perceptual conditions of a museal space. The choreographer does not simply bring a dance performance into a new kind of space, but rethinks it as a nine weeks long exhibition, accessible to the public and continuously performed during regular opening hours.

The original length of the choreography, made for the condensed time and space of a stage performance, will thus be entirely reinvented so as to extend itself across a new time and space. The result is a project that transforms the very material and conditions that have long been essential to dance, and in particular the rigorous structuring and choreographic écriture for which De Keersmaeker is known, into an entirely new exhibition form.”

On Friday, May 8, 2015, His Majesty King Philippe paid his respects at the Tomb of the Unknown Solider at the Colonne du Congrès in Brussels in connection with the commemoration of the 70th anniversary of the ending of World War II.