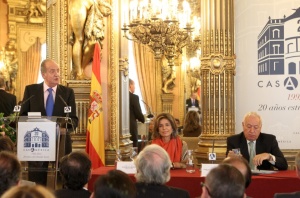 On October 22, 2012, His Majesty King Juan Carlos I of Spain presided over the meeting of the Alto Patronato, Consejo Rector and Consejo Asesor Iberoamericano Casa de América at Palacio de Linares.  Afterward, His Majesty held an audience with the President and CEO of Renault-Nissan Alliance at Palacio de la Zarzuela.

Meanwhile, Her Royal Highness Princess Letizia of Asturias was at the Teatro Salón Cervantes in Madrid to preside over the ceremony of the 16th Edition of the Premio Cervantes Chico.  According to the Spanish royal court, the Council of Alcalá de Henares:

“… created this award in 1992, in parallel to the Premio Cervantes, and is the highest honor of Hispanic literature.  The award is given to authors of children’s literature in recognition of their work…”

Mr. Jordi Sierra i Fabra was the recipient of this year’s award. 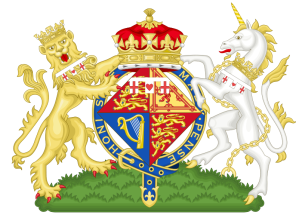 On Monday, October 22, 2012, Her Royal Highness The Princess Royal was in Workington, Cumberland where she opened the Northside Bridge.  The princess also opened the new Penrith Community Fire Station.