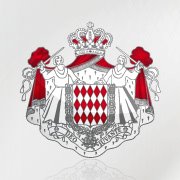 Recently, His Serene Highness Prince Albert II of Monaco was in Munich to attend the famous Oktoberfest with his friends including Prince Leopold of Bavaria.  According to various sources, the sovereign prince visited the Winzerer Fähndl and then stopped by the “…shooting range next to the Käfer Wies’n Schänke..”

In honor of Oktoberfest!

On Monday, October 1, 2012, Their Majesties King Juan Carlos I and Queen Sofia of Spain along with Their Royal Highnesses Prince Felipe and Princess Letizia of Asturias and Her Royal Highness Infanta Elena presided over the ceremony of laying the Cruz Laureada Colectiva de San Fernando held in front of the Palacio Real de Madrid.

The recipient this year was awarded to:

“… the banner of the Cavalry Battleship, Alcantara No. 10, in recognition of their heroic acts between July 22 and August 9, 1921, when the Regiment gave protection to the withdrawal of Spanish troops from their positions at Annual to Monte Arruit, a deed which killed most of its members (28 of the 32 officers and 523 members of the 685 troops).”