“When he came to power in 1689, Tsar Peter the Great began to force through the modernisation of Russia. But one country fascinated him: the France of Louis XIV. He went there in 1717. The Palace of Versailles and Peterhof Palace invite you to discover this famous voyage.”

Subtitled for those who do not speak French nor Russian.

On October 2, 2012, His Majesty King Juan Carlos I of Spain held an audience with the President of Italy, Mr. Giorgio Napolitano, at Zarzuela Palace in Madrid.

Meanwhile, it was announced by Clarence House that Her Royal Highness The Duchess of Cornwall has “… cancelled a series of engagements due to a severe ear infection and sinusitis…”  The duchess was due to attend the Classic BRIT Awards held at the Royal Albert Hall in London this evening.  Please click here for more information about this breaking news.

On October 2, 2012, Her Royal Highness Princess Maxima of the Netherlands was in Gasselternijveen to visit the “… residents association Hoofdstraat-Noord.”

“This neighborhood association organizes various social activities around a historic pear row of trees in the street. Since 1990 the pear trees were maintained by the neighborhood, and act as a binding social event where the residents pick and harvest the pears together.  The residents also organize an annual brunch after the harvest…”

Her Majesty Queen Beatrix of the Netherlands attended the opening of the new exhibition entitled, Point de Vue, 200 jaar Kunstacademie’s-Hertogenbosch, held at the former Stedelijk Museum’s-Hertogenbosch on October 2, 2012.

“The exhibition “Point de Vue” gives an idea of the work that students and teachers of the academy for the past 200 years have brought forth with a focus on visual arts. It is drawn from the collections of the three city museums, private collections and from the collection of artists or descendants.” 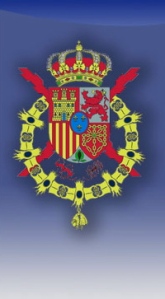 “Encuentros con los años 30 addresses this decade of the twentieth century as a turbulent period in which art and power allied and confronted and, on many levels, is key to understanding our own present.

The exhibition presents the artistic production of this period, which was marked both by a growing climate of political violence as the occurrence of major technological innovations, especially in the field of communication and transport, should not only be seen as an extension inertia of the vanguards of the previous two decades and/or relationship, particularly contentious, with propagandistic narratives, but also a time when being questioned and reformulated in which modernity began to generate ideas and objects that challenged the boundaries between disciplines, media and nations.

Addressing the notion of encounter from a thematic perspective, the exhibition examines the role of artistic creation in the thirties played the symbolic and geographical displacement, voluntarily or forced, made the artists of the time. Trying to show how from such movements began to rethink the principles inherited from the avant-garde aesthetic and discursive and narrative strategies that have lasted until today. In turn, the exhibition offers a critical reflection on the use of these artists made the mass media and explores the tensions and relationships they had with the contexts-political, cultural, institutional, in which they worked.

Encuentros con los años 30 is structured in six sections: realism, abstraction international exhibitions surrealism photography, cinema and posters Spain: Second Republic and Civil War exile. And while addressing the influence of the political situation or avoid rivalries that arose between (and within) the major “isms” art of the time, priority is given to the connections between artists and moments of fracture and stylistic eclecticism, highlighting the diversity, complexity and daring art that was made in that decade.”

A clip about the exhibition.

On the morning of October 2, 2012, His Majesty King Juan Carlos I of Spain and His Royal Highness Prince Felipe of Asturias attended V Conferencia de Presidentes to met with “… the autonomous communities and cities participating in the conference…”

Upon their arrival at the Senate building in Madrid, where the conference is being held, His Majesty and Prince Felipe were greeted by the President of the Senate, Mr. Pío García Escudero, and then ushered into the Senate library for a breakfast meeting.

Afterward, the royal duo posed for photos in front of  the Plaza de la Marina Española along with those attending the V Conferencia de Presidentes.

His Serene Highness Hereditary Prince Alois of Liechtenstein arrived in Tokyo yesterday, accompanied by the Prime Minister, Minister of Finance and Minister of Family Affairs and Gender Equality of the Principality of Liechtenstein, Dr. Klaus Tschütscher, to begin their  five-day official visit to Japan.

The purpose of the visit is to “…strengthen the relations between Japan and the Principality of Liechtenstein.”

Any way, this morning Hereditary Prince Alois met with His Imperial Highness Crown Prince Naruhito at Togu Palace.  Afterward, the two princes visited the National Art Center in Tokyo where they viewed an exhibition entitled, Masterworks from the Collections of the Prince of Liechtenstein.

On Tuesday, October 2, 2012, Her Royal Highness Princess Maxima of the Netherlands was at the Tropenmuseum Junior  in Amsterdam to attend the opening of the new exhibition entitled, MIXMAX Brazil.

According to RVD, this new exhibition focuses on the “… culture of Pernambuco, the state located in the northeast of Brazil which shares its history with the Netherlands…” MIXMAX Brazil showcases Brazilian music, dance, visual arts, food and much more.