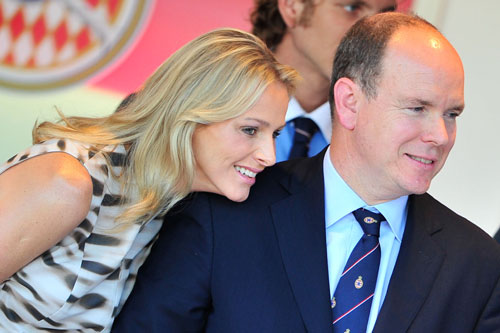 The interview was a hit (mainly because it was in English) and everyone on planet Earth rejoiced.

Basking in their instant success as well as approval from seasoned royal watchers and uber-enthusiastic about the upcoming nuptials in Monaco, Euronews had the genius idea to air the footage that was edited out from their original interview with the couple. So far, the interview is interesting, and yes, it’s in English.

Finally, Euronews has a short biography about the life, so far, of H.S.H. Prince Albert II.  Click here to watch.  And, one from AFP here. 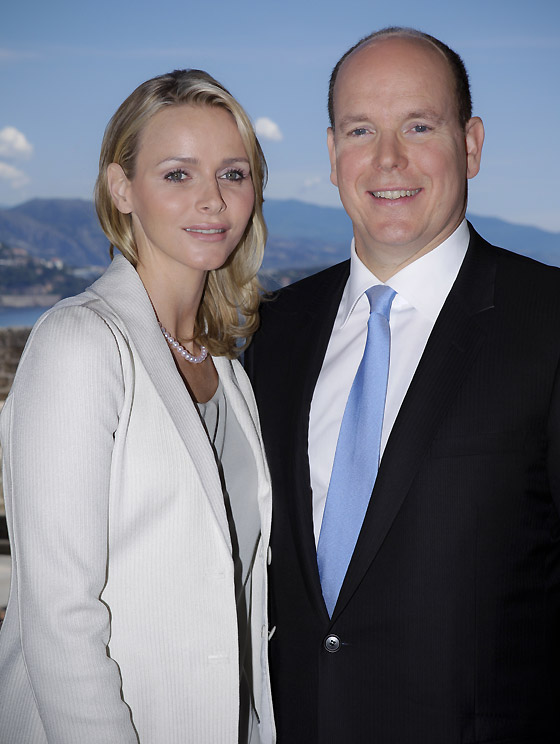 According to the Swedish magazine, Svensk Damtidning, the television network, TV4, will air the princely wedding between H.S.H. Prince Albert II of Monaco and Miss Charlene Wittstock on Saturday July 2, 2011 beginning at 4:30pm.

Per Svensk Damtidning via TV4:

‘It’s great that we are the only Swedish channel, TV4, who will broadcast this summer’s big royal wedding where also our Swedish royal family will attend. I am also proud that Mr. Power will have an exclusive interview with Prince Albert II of Monaco for the wedding which will be broadcast on Sunday’, says Fredrik Lundberg, head of TV4’s editorial staff community in a statement.

I have absolutely no idea if TV4 will stream the wedding live online.  If you are interested click the link here to check out TV4’s official website.

For three-days the world’s best show jumpers come to Monaco to compete in this very difficult sport.  Charlotte Casiraghi, the prince’s niece, competed this afternoon with her mother, Princess Caroline, Prince Albert and Miss Charlene Wittstock cheering on the young equestrian.

To view photos from the event please click the links here and here.

To watch the entire event from this afternoon please click the link here and click the button where it says live.

Here is the documentary from the BBC entitled, George VI: The Reluctant King.

…Albert Frederick Arthur George, known to his family as Bertie, who came to the throne when his brother Edward VIII abdicated. Thrust into the spotlight, this shy man overcame his fears of public speaking to become one of the country’s best-loved monarchs.

Either you love or hate them, but you cannot deny the story of Edward VIII and Wallis Simpson is a fascinating one. Nevertheless, here is a documentary about their relationship, the abdication, and so on.

Click the links to watch:  Part One and Part Two

Okay, it’s documentary time yet, again!  In this series the focus is on The Prince of Wales’s home, Highgrove, and the fantastic gardens surrounding it:

The Prince of Wales takes Alan Titchmarsh on a tour of Highgrove House – his own personal retreat and family home. Prince Charles gives a remarkably informal and candid interview about the outlet for his gardening aspirations, offering a rare insight into a royal passion. The Highgrove estate has become synonymous with all things organic, and Alan finds out from Head Gardener Debs Goodenough and her team what inspired the beliefs of the most hands-on royal gardener in history.

For those who hate gardening, nature, the environment, and crap… you can skip this documentary.

On his second day in Germany H.I.H. Crown Prince Naruhito of Japan met with various local dignitaries as well as German VIPs. This afternoon he had a meeting with German Chancellor, Angela Merkel, as well as with the mayor of Berlin, Klaus Wowereit. There was also a reception at the Japanese Embassy in his honor.

But, it wasn’t all boring meetings and mindless reception chit-chit for the heir to the Imperial throne in Japan.  The mayor of Berlin gave the crown prince a fantastic tour of the Japanese Garden in Marzahn (it’s in Berlin) where the crown prince was beyond happy and smiled ear to ear.  Yeah, it was a great day.

In case you were wondering, the purpose of the official visit to Germany is to celebrate the 150th anniversary of the Treaty of Amity between Japan and Germany.

To view photos from today please click the link here.