On September 23, 2013, Her Majesty Queen Rania of Jordan gave an important speech during the United Nations Children’s Fund (UNICEF) meeting, Education Cannot Wait, held at the United Nations headquarters in New York City.  The meeting “…called for global action on education in crisis-affected areas around the world…” according to UN.org. Click the link … END_OF_DOCUMENT_TOKEN_TO_BE_REPLACED 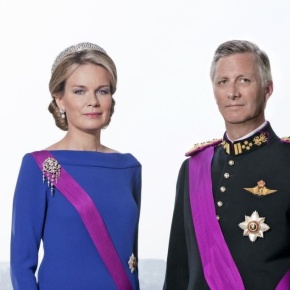 On Tuesday, September 24, 2013, Their Majesties King Philippe and Queen Mathilde of Belgium arrived in city of Hasselt in the province of Limburg for a one-day visit. Upon their arrival to the city Their Majesties were greeted with cheers from thousands of people who were thrilled to see their new king and queen.  After … END_OF_DOCUMENT_TOKEN_TO_BE_REPLACED

On Monday, September 23, 2013, Her Majesty Queen Sofia of Spain arrived at the Hotel Meliá Castilla in Madrid to preside over the inauguration of the Congreso Internacional de Investigación e Innovación en Enfermedades Neurodegenerativas (CIIIEN). And, finally, His Majesty King Juan Carlos I of Spain was admitted to the Hospital Universitario Quirón in Madrid … END_OF_DOCUMENT_TOKEN_TO_BE_REPLACED

Cheesy trailer Well, this is unfortunate.  According to the Hollywood Reporter journalist, Mr. Scott Feinberg, it seems that the controversial film, Grace of Monaco, directed by Mr. Olivier Dahan and starring Ms. Nicole Kidman, will not be released on November 27, 2013.  Instead, the Weinstein Company — the film’s distributors — have decided to push … END_OF_DOCUMENT_TOKEN_TO_BE_REPLACED