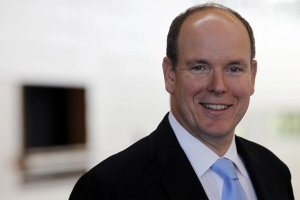 Recently, His Serene Highness Prince Albert II of Monaco arrived at the Théâtre Princesse Grâce in Monaco to meet with those participating in the 15th Mondial du Théâtre.

On the evening of Friday, August 23, 2013, Their Imperial Majesties Emperor Akihito and Empress Michiko of Japan arrived at the Matsumoto Performing Arts Centre in the city of Matsumoto in the Nagano Prefecture to attend the 2013 Saito Kinen Festival.

This evening the emperor and empress along with hundreds of classical music fans watched and listened to the late Mr. Igor Stravinsky’s, The Soldier’s Tale, under the musical direction of Mr. Seiji Ozawa and the artistic  direction of Mr. Kazuyoshi Kushida.

Photo courtesy of the IHA