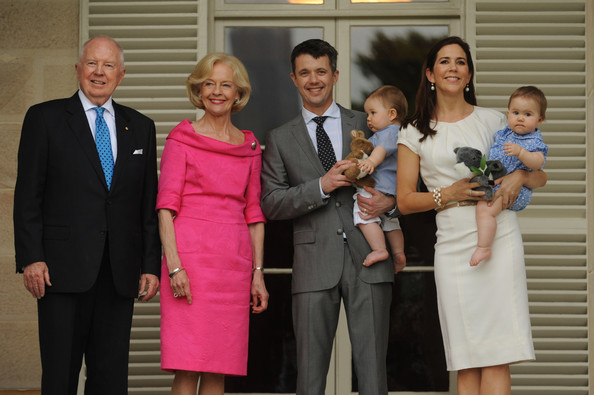 On November 20, 2011, T.R.H.s Crown Prince Frederik and Crown Princess Mary continued their official visit to Sydney, Australia.  After visiting the famous Sculpture by the Sea exhibition and a stop by the Curating Cities: Sydney-Copenhagen exhibition project held at the Customs Houses, it was time for a good old fashion Aussie BBQ.

Later in the afternoon, Crown Prince Frederik and Crown Princess Mary participated in a meeting with the Australian Governor-General at Admiralty House.