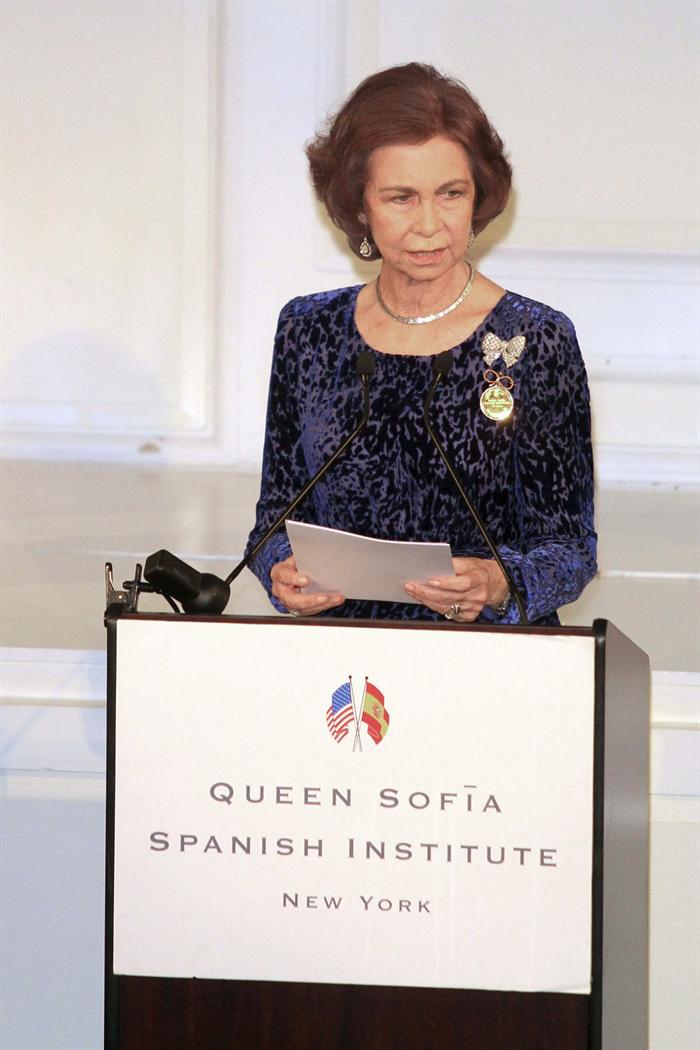 Queen Sofia was accompanied to the gala by the U.S. ambassador to Spain, Jorge Dezcallar, and the president, the chairman and vice-chairman of the Institute, Inmaculada Habsburg, Oscar de la Renta, Valentin Fuster and former U.S. President Bill Clinton, among others.

The ‘Queen Sofia Spanish Institute’ was created in 1954 to promote Spanish culture in the United States through conferences, exhibitions, symposiums, meetings and teaching Spanish.

Prior to the gala event, Queen Sofia visited the headquarters of the Queen Sofía Spanish Institute to view the exhibition ‘Joaquín Sorolla and the Glory of Spanish Dress’ which aims to analyze the history of Spanish regional costumes through the works of Valencian, artist Joaquín Sorolla.

This exhibition was conceived and promoted by Oscar de la Renta, chairman of the Queen Sofía Spanish Institute. The exhibition, in collaboration of the Spanish Ministry of Culture, includes dresses and pieces never exhibited in the United States, as prominent parts of the Museum of Costume, and works of Sorolla Museum in Madrid as well as a selection of Spanish designer clothes today. The coordinator of the exhibition is André Leon Talley, editor of the monthly column, ‘Life with André’ featured in Vogue magazine.

In his speech, Prince Felipe said ‘…the value of good journalism for the proper and healthy functioning of democracy…’ and recalled that serves as a ‘…basic support for diversity of ideas and opinions, essential to generate a strong and informed public opinion.’

‘The awards bring us together today is an indisputable reference for free expression and dissemination of ideas, that our Constitution proclaims the fundamental right of all citizens,’ said the Prince of Asturias, before reviewing the merits of the winners.

The award ‘Mariano de Cavia’ instituted in 1920, distinguishes signed articles or chronic or habitual pseudonym. The award ‘Luca de Tena’, created in 1929, recognizes outstanding journalistic career in the defense of the values that inspired the founding principles of ABC: technical innovation, literary and independence requirement information. The award ‘Mingote’ from 1966, is awarded alternately to jokes, cartoons or drawings and photographs.

The jury, chaired by the director of the Royal Spanish Academy, Jose Manuel Blecua, and composed of Antonio Mingote, Trevijano Pedro Gonzalez, Fernando Gonzalez and Jose Miguel Santiago Urbaneja Castelo, presented the award Mariano de Cavia, by majority vote, the article by Manuel Martin Ferrand ‘Citizen Vargas Llosa’ published in the newspaper ABC on October 9, 2010. The award ‘Luca de Tena’ was given also by majority vote, to Charles Moore for his brilliant career in journalism. And the award for ‘Mingote’ was granted by a majority, a vignette of ‘Quique’, published in the newspaper “Mediterranean”, on December 24, 2010.

The Prince and Princess of Asturias were accompanied at the ceremony by the president and editor of ABC, Catalina Luca de Tena, the president of Vocento, Diego del Alcázar and Silvela, Chairman of the Constitutional Court, Pascual Sala, the president of the Supreme Court and Council the Judiciary, Carlos Divar, the president of the Community of Madrid, Esperanza Aguirre, the Minister for Science and Innovation in office, Cristina Garmendia, the chairman of Grupo Santander (sponsor of the awards), Emilio Botin, and Director ABC Bieto Rubido, among others. 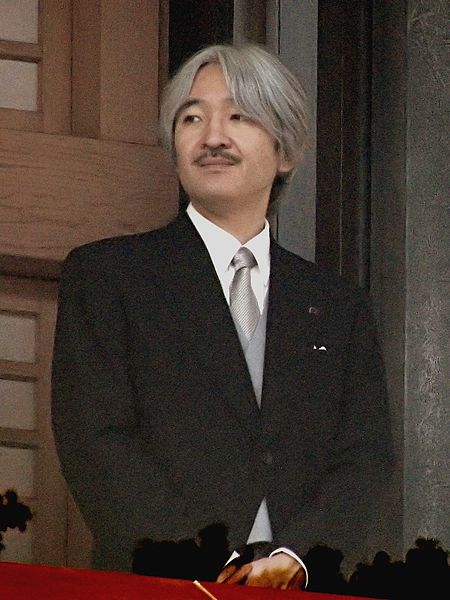 During a press conference H.I.H. Prince Akishino of Japan “urged for a retirement age for Emperors.”  Confused?  Click here to read an article from BBC News.

On November 30, 2011, His Majesty King Juan Carlos of Spain attended the opening of the exhibit, La Orden de Toison de Oro (The Order of the Golden Fleece), in Madrid, Spain.

Per the official website for the royal house of Spain:

His Majesty King Juan Carlos came to the headquarters of the Fundación Carlos of Antwerp to preside over the opening of the exhibition “The Order of the Golden Fleece,” which the Foundation has organized a special collaboration with the National Trust, sponsored by Telefónica, RENFE, Banco People and the Fundación Ramón Areces, and the collaboration of Banco Santander and the Ministry of Culture.

During the ceremony, King Juan Carlos was accompanied by Minister of the Presidency, Ramon Jauregui, the Minister of Culture, Ángeles González-Sinde, the president of the Foundation Carlos of Antwerp, Miguel Angel Aguilar, and the Knights of the Illustrious Order of the Golden Fleece, His Royal Highness the Infante Don Carlos, His Majesty King Simeon of Bulgaria, Mr. Javier Solana and Victor Garcia de la Concha.

Antwerp Carlos Foundation offers a course that reveals the artistic history and traditions of knighthood most prestigious and exclusive in the history of Europe: the Order of the Golden Fleece (Bruges, 1430), whose Head and Ruler is the King of Spain, now His Majesty King Juan Carlos I.

The exhibition curated by Fernando Checa and Count of Sierra Gorda, Joaquín Martínez-Correcher, presents the evolution of this institution that Philip the Good, duke of Burgundy, founded to defend the ideals of chivalry, and whose sovereignty passed to the Crown of Castile when Philip the Fair, son and heir of Mary of Burgundy, married Juana I of Castile.

Juan de Austria, hero of Lepanto, Wellington and Bismarck have been part of the institution they belong to all current European monarchs, the King of Saudi Arabia, the Emperor of Japan, and prominent personalities such as Adolfo Suárez, Víctor García de la Concha and Javier Solana.

The name of the order refers to the Greek myth of the Golden Fleece, a gift from the gods, who brought prosperity to whoever possessed. Evokes, as an example of chivalry and heroism that showed Jason and the Argonauts, who was part of Hercules, in returning to Greece, from the Asian city of Colchis, the precious talisman whose picture hangs on the chains that still give the Knights at his inauguration.

From its origins comes to Burgundian Order of the Golden Fleece its patron saint, St. Andrew, whose feast day is November 30, the date of the inauguration. The sample will be chaired by Rubens masterpiece, belonging to the Fundación Carlos de Antwerp since 1639: The Martyrdom of St. Andrew, who represents the apostle. The cross-shaped cross, called Burgundy, was the emblem of the thirds of Flanders and is still part of the shields of king and Spanish armed forces.

The exhibition will lead to the publication of a catalog and a few workshops for children at Christmas and a documentary on the collaboration of Spanish TV and History Channel. 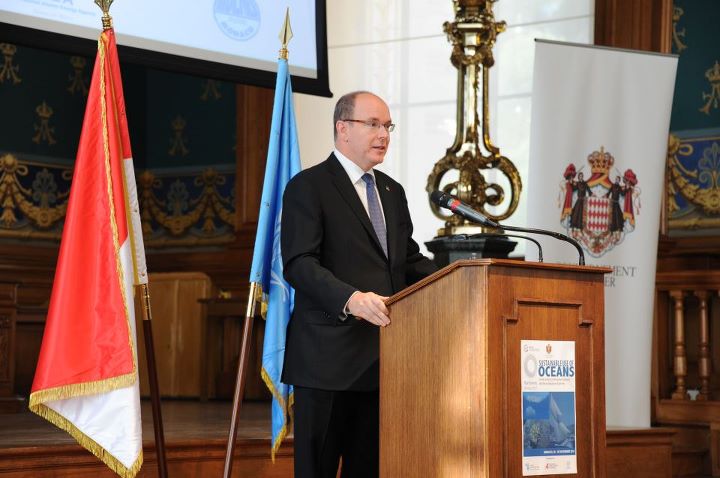 On November 28, 2011, H.S.H. Prince Albert II of Monaco participated in the Sustainable Use of Oceans forum/workshop addressing the issue of “…sustainable use of oceans in the context of the green economy and poverty eradication…” held at the Musée Océanographique.

The purpose of this important event is to prepare for the upcoming United Nations Conference on Sustainable Development (aka Rio+20) and to “…ensure [that] the seas and oceans are at the top of the political agenda…” during the UNCSD event.

Meanwhile, it was announced that Prince Albert II will receive the ASCAT Award on December 2, 2011.  To read more about this upcoming event please click here.

On November 29, 2011, T.S.H.s Prince Albert II and Princess Charlene of Monaco visited Roquebrune-Cap-Martin.  Upon their arrival the princely couple were greeted by Mayor Patrick Cesari and local dignitaries.  During their visit the prince and princess planted an Olive tree and unveiled a commemorative plaque with the inscription stating, “In recognition of the common history and relations of friendship between Roquebrune-Cap-Martin in the Principality of Monaco.”

Source and photo courtesy of Monaco-Matin 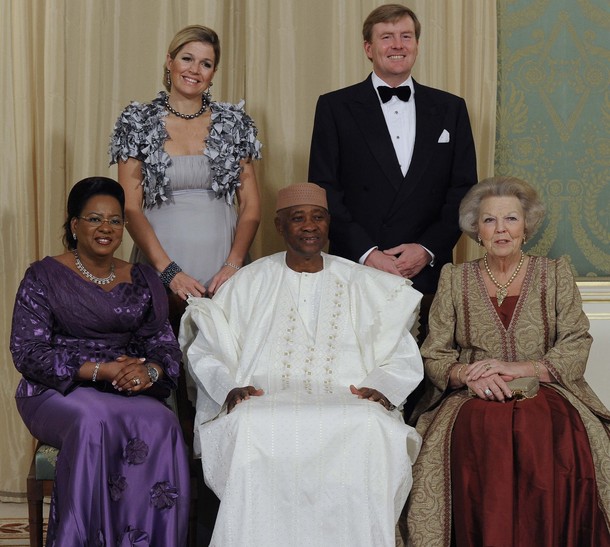 On November 29, 2011, H.M. Queen Beatrix of the Netherlands, T.R.H.s Prince Willem-Alexander of Oranje and Princess Maxima of the Netherlands attended a gala dine, held at Noordeinde Palace in Den Haag, in honor of the President of Mali, Amadou Toumani Toure’s, official visit to the Netherlands.