On November 22, 2011, Her Majesty Queen Elizabeth II and the Duke of Edinburgh hosted a state banquet at Buckingham Palace in honor of the President of Turkey, Abdullah Gül’s, three-day state visit to Britain. 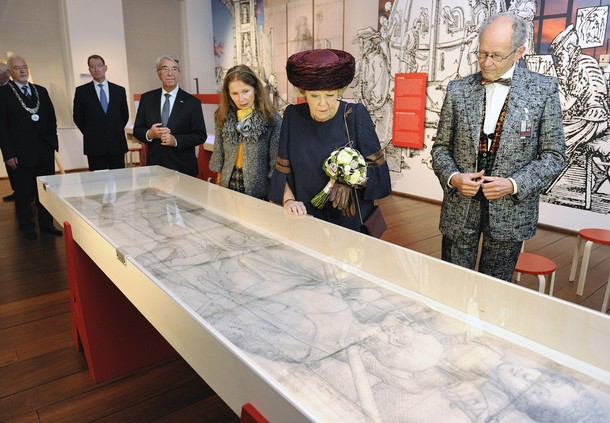 On November 22, 2011, Her Majesty Queen Beatrix of the Netherlands was in Gouda to attend the opening of the exhibition, Schetsen van Schoonheid (Sketches of Beauty).  The eleven sketches on display range from 5 to 22 meters long and are quite spectacular to say the least.

On November 21,, 2011, H.R.H. the Prince of Wales was in Abertillery, Wales for a brief visit where he toured the:

…Guardian of the Valleys memorial statue, in tribute to the 45 souls who lost their lives in the Gleision mining tragedy in the 1960s, before officially opening the community centre in Abertillery.

This afternoon, the Prince of Wales met with the President of Turkey, Mr. Abdullah Gül, at Mandarin Oriental Hotel.  Click here to view photos. 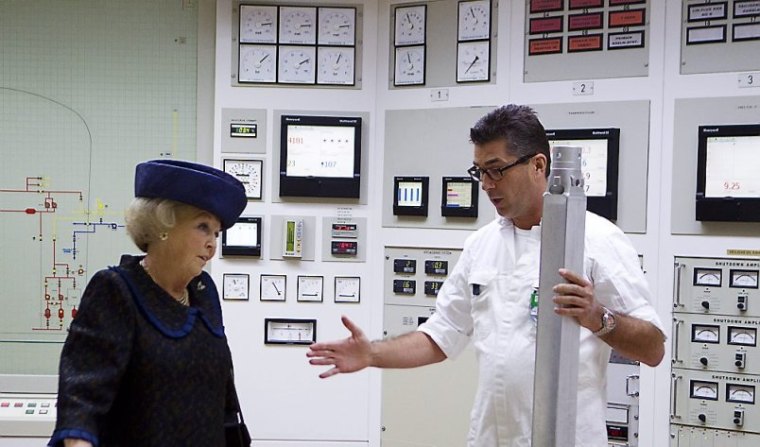 Source and photo courtesy of: Refdag.nl

On November 22, 2011, Her Majesty Queen Elizabeth II and the Duke of Edinburgh officially welcomed the President of Turkey, Abdullah Gül, and his wife Hayrunnisa, with a traditional ceremony  in London, England.

According to the newspaper, Telegraph, upon the President’s arrival at Horse Guards Parade in Whitehall:

… a 41-gun royal salute, fired from nearby Green Park by the King’s Troop Royal Horse Artillery, could be heard in the distance.

The Band of the Coldstream Guards then played both Britain’s and Turkey’s national anthems. President Gül and the Duke of Edinburgh undertook the inspection of a guard of honour made up of 101 soldiers and three officers from the 1st Battalion Coldstream Guards.

After the traditional welcoming ceremony they made their way back to Buckingham Palace where they viewed an “…exhibition of Turkish Artefacts from the Royal Collection, in the Picture Gallery…” at the palace.

To watch a video as well as to view photos from today’s event please click the links below:

This morning the royal couple attended an official reception, hosted by President Sebastian Piñera, at Palacio de La Moneda.  Soon, the prince and princess paid a tribute to the late Chilean independence leader, Bernardo O’Higgins Riquelme, by placing a wreath at a monument dedicated to him.

In the afternoon, Prince Felipe gave a keynote speech at the Chile-Spain Investment Forum and Seminar held at the Sheraton Hotel where “…where 100 corporate representatives gathered to discuss Spain’s commercial opportunities in the Chilean market.”  From there the royal couple visited the National Congress headquarters in Santiago.

This evening the royal couple will attend an official gala dinner hosted by President Piñera at the Palacio de La Moneda.