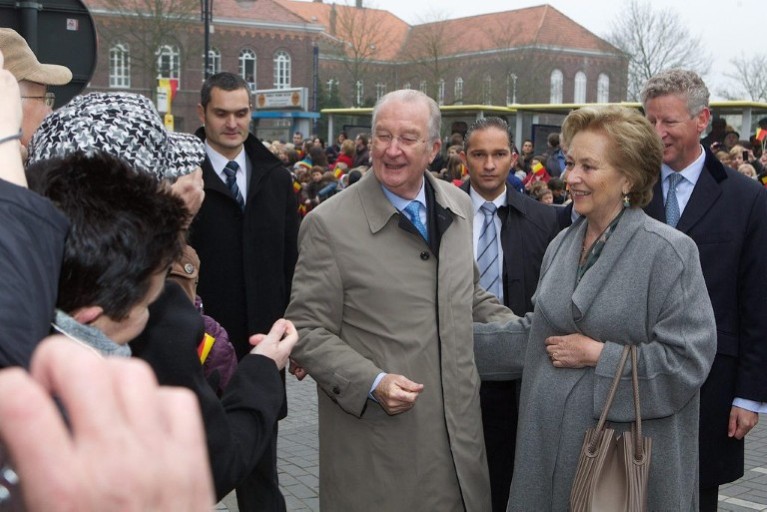 This afternoon Their Majesties King Albert and Queen Paola visited the East Flemish town of Maldegem, Belgium. Though the visit went well, the royal couple were met with 20 or so protesters who advocate Flemish independence from Belgium.

According to the online Belgian newspaper, Niewsblad.be:

The royal couple were met by Mayor John De Roo and the board of Aldermen were they were received in the House Wallyn. The East Flanders Governor Andre Denys and Defence Minister Pieter De Crem were also present.

The royal couple were given a memento and signed the Golden Book.  After a brief visit they were then greeted by the people of Marktstraat.  Later on, Her Majesty Queen Paola visited the Woon- en zorgcampus Begijnewater home and care campus.  The visit ended with a reception at the local sports Meos.

To view photos as well as to read more about the royal visit to Maldegem please click the link:  Nieuwsblad.be

Source and photo courtesy of: Nieuwsblad.be by Belga