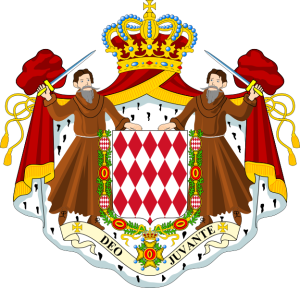 On March 1, 2011, the future Princess of Monaco, Charlene Wittstock, enjoyed the afternoon on the slopes in Gstaad, Switzerland with her friends.  Meanwhile, HSH Prince Albert II of Monaco was no where to be found.  Why?  He was on his way back to sunny Monaco to prepare for his upcoming trip to Fort Myers, Florida.  So what’s the upcoming trip all about for the Prince?  Well, it’s a semi-important gig that no one cares about called The Art of the Olympians (I mentioned it about a month ago which you can read here.)  But, that doesn’t matter.

Moving on, Charlene and her friends continued to enjoy themselves in the snow as well as partaking in a cozy carriage ride (poor horse.)  It is unknown, as usual, how long the happy future Princess of Monaco will stay in Gstaad, but one thing is for sure… she’ll be back in Monaco or South Africa sooner than you think.

Now, I have to say this because it is so sad.  It seems that there are a small group of people who say that Charlene is hamming it up/attention whoring it for the cameras whilst in Gstaad, but I disagree.  I see a normal woman having fun like any other sane person on planet Earth.  I mean, who wouldn’t?  She’s on vacation with friends, FFS, whilst being photographed by the paparazzi.