For those of you who live in Los Angeles, CA, LACMA is having an exhibit entitled Elizabeth Taylor in Iran: Photographs by Firooz Zahedi.

In 1976 Elizabeth Taylor visited Iran for the first and only time. Accompanying her was Firooz Zahedi, today a successful Hollywood photographer but then a recent art school graduate just learning his craft. Iran provided an exotic and engaging locale for Taylor, a tireless global wanderer still at the height of her fame. For Zahedi, who had left Iran as a child, this was a reintroduction to his own country, which he experienced not only through the camera lens but through Taylor’s eyes. It was a remarkable journey for both as documented by Zahedi’s vivid photographs, shown together here for the first time. The pair traveled to the main tourist sites: ancient Persepolis, where the Tent City erected in 1971 for the 2,500 year celebration of the Persian Empire was still standing, Shiraz home of poetry and wine, and Isfahan renowned for its beautiful tile-clad buildings. 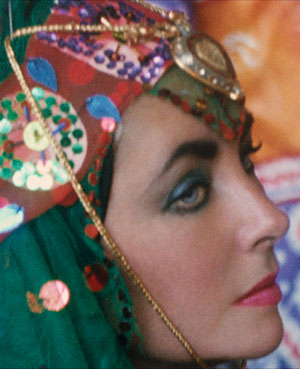 For more information please visit the website for LACMA

The Grand Duchess’s life has been an interesting one to say the least.  When Maria Teresa was just a wee tot she and her family fled Cuba during the revolution in 1959 and moved to New York City.  In time the family moved to Europe.  After graduating high school the lovely Maria Teresa Mestre enrolled at the University of Geneva in Switzerland where she majored in political science.  It was during her time at university that she met and eventually married the handsome and never aging (a then) Hereditary Grand Duke Henri of Luxembourg.

On February 14, 1981, the couple married in a beautiful Catholic ceremony at the Notre Dame Cathedral in Luxembourg City, Luxembourg.  Today, the couple have five children, two grand-children, and the people of Luxembourg admire her for her compassion, kindness, and warmth.

So, Happy Birthday to the lovely Grand Duchess Maria Teresa of Luxembourg!

So, last night I posted a link to a news report/panel discussion about H.S.H. Prince Albert II of Monaco and Charlene Wittstock.  Well, here is the same program, C Dans L’air, which airs on the French television network, France 5.  This time the panel discusses the princely family of Monaco.

Well, according to the journalist Simon Perry who writes for the American magazine, People, it is true.  It is totally and utterly true that H.S.H. Prince Albert II of Monaco and his beautiful fiancée, Charlene, will attend the upcoming British royal wedding on April 29, 2011.

Are you not uber-excited?!!!

Any way, click the link to read this breaking news and try not to scream too loud with excitement… you’ll frighten your cat if you do:  Story