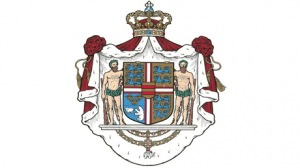 On September 2, 2013, His Royal Highness Crown Prince Frederik of Denmark participated in the opening of the Danmarks Naturfredningsforenings and the Friluftsrådets campaign entitled, Naturens Dag (Nature’s Day).

Meanwhile, Her Royal Highness Crown Princess Mary of Denmark arrived in Rabat, Morocco to begin her three-day tour where she will visit “…a number of initiatives in which the objective is to combat violence against women and improve women’s rights generally in the Middle East and North Africa…” according to the Danish royal court.

Anyway, this morning the future queen of Denmark visited the Mausoleum of Mohammad V where she paid her respects to the late Moroccan monarch, King Hassan II.