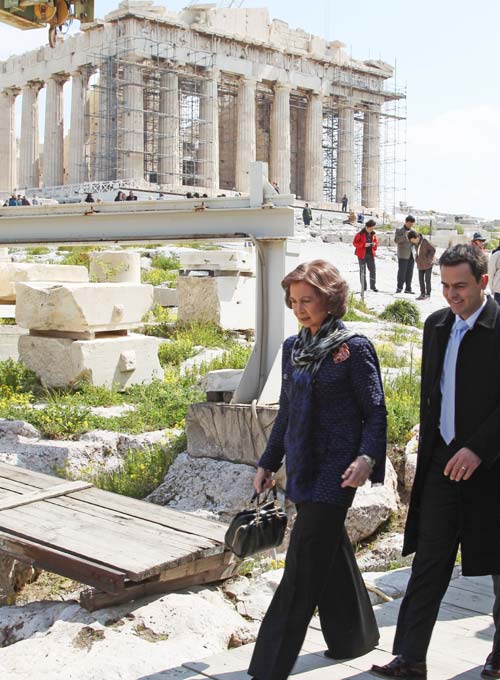 Her Majesty Queen Sofia of Spain was in Greece yesterday to commemorate the 700th anniversary of the arrival of troops of the Crown of Aragon to the Duchy of Athens.

According to Casa de su Majestad el Rey (the official website for the Spanish royal house), Her Majesty Queen Sofia had a full schedule in front of her on day One:

In the morning, Her Majesty visited the Acropolis along with Miguel Fuertes, and the director of the Institute Cervantes, Carmen Caffarel, Toured the Proplylaea, the latest restoration of the Parthenon and the Temple of Athena Nike.
In the afternoon, Her Majesty accompanied by the director of the Cervantes Institute, and Institute director Cervantes in Athens, Eusebi Ayensa, chaired the opening of the exhibition ‘A Sea of Laws’ in the Institute headquarters of the Greek capital, Athens.
This exhibition, organized with the European Institute Mediterranean, reflecting on the formation of the cultural legacies in the Mediterranean, showing that beyond the violence, others forms of interaction between the peoples have left a long legacy more peaceful and lasting as in the case of imprint of the Catalan legal tradition in navigation and trade.  The exhibition comprises of books, documents, and items from the 14th to the 16th centuries that reflect the cultural and diplomatic relations between Spain and Greece during this period. 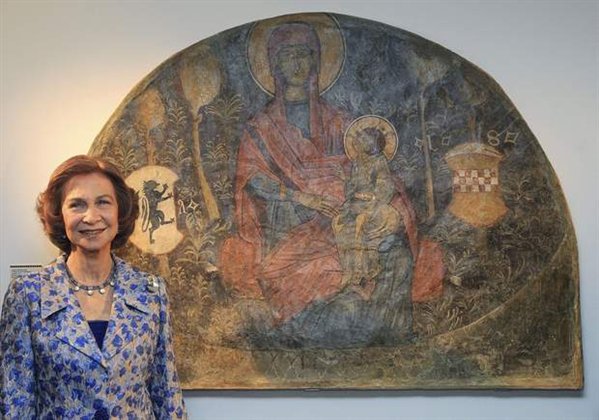