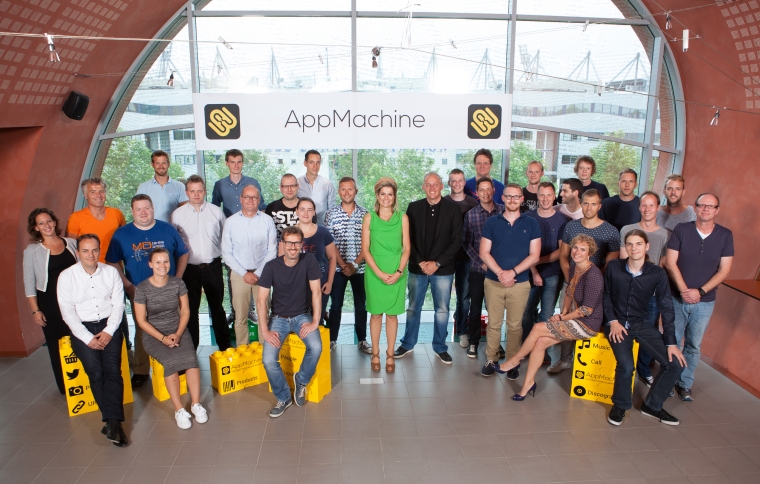 On the afternoon of Tuesday, July 7, 2015, Her Majesty Queen Maxima of the Netherlands visited the company, AppMachine, in Heerenveen.  Established in 2011 the online software company allows individuals to create their own mobile apps for iOS, Windows Phone 8, and Android. 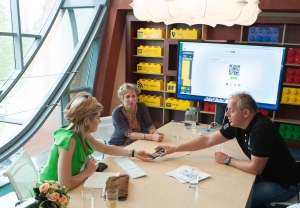 During today’s visit Her Majesty met with the CEO of AppMachine, Mr. Siebrand Dijkstra, as well as with company employees.  Her Majesty was also given a “…demonstration of AppMachine’s app building software and then made an app herself for the Oranje Fonds with Instant Ap…” according to a press release.