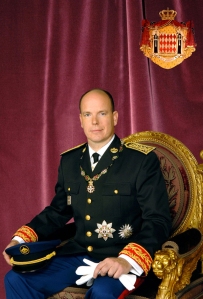 On January 24, 2012, His Serene Highness Prince Albert II of Monaco held an audience with the Mayor of Rome, Mr. Gianni Alemanno at the Palais Princier de Monaco.  The sovereign prince and his guest participated in a luncheon meeting whereupon they discussed… oh I don’t know… business I suppose.  🙂

Meanwhile, Dom Duarte Duke of Bragança (Portugal) attended a gala dinner held at the Hotel Bom Jesus de Braga.  During the evening the Duke and attendees discussed “… regional and local production as well as trade.” 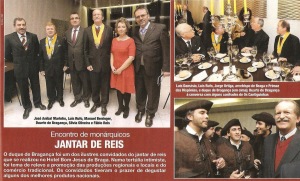 Sources: Palais Princier de Monaco and Mr. Manuel Beninger from PPM Braga *with many thanks for the photo! 🙂