In this morning’s South African newspaper, The Benoni City Times, journalist Clyde Meela reports that the future Princess of Monaco, Charlene Wittstock, parents are considering moving to Monaco on a permanent basis.   Not only to be near their only daughter, but to escape from “…the state of crime in this country (South Africa)…” notes Michael Wittstock.

You see, a couple of months ago the elderly Mr. Wittstock was attacked, robbed, and beaten outside of his home in Rynfield, South Africa (which I reported about here) days before his daughter, Charlene, was to participate in the famous Midmar Mile race.    The poor man “… sustained a broken nose and facial injuries.” (Look Local.co.za)  Today, he is doing well, in case you were wondering.

Anyway, Mr. Wittstock confirms that his wife, Lynette, is currently in Monaco to support her daughter during the final preparations for her upcoming princely wedding.   Mr. Wittstock is still on the fence as to whether or not he and his wife should make the permanent move to glitzy Monaco.  Now, if I were him I would live outside of Monaco perhaps in Cap d’Ail or someplace in the French countryside.  Why?  Monaco, though a nice place to visit, is too damn crowded.   Better to have nature and crap all around you than crowded buildings, small streets, and so forth.

To read the article in its entirety please click the link:  Benoni City Times via Look Local.co.za 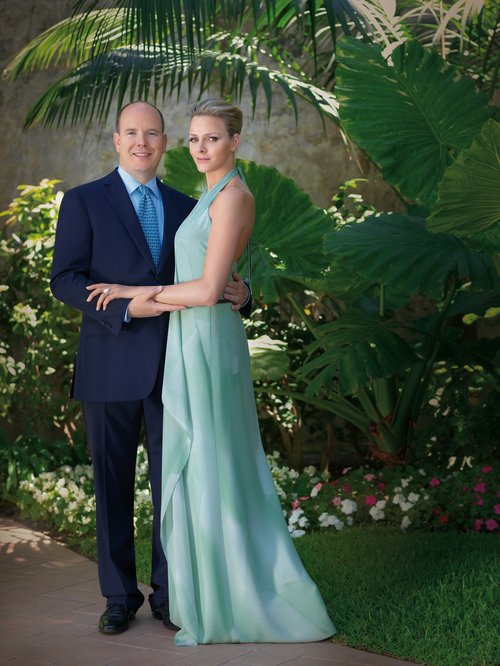 According to the French newspaper, Nice-Matin, the reception venue for the upcoming princely wedding in Monaco has been changed.  Originally to be held at the stunning Musée Océanographique the venue was deemed “too small.”  As a result, the Prince and future Princess of Monaco and their guests will be celebrating at the Salle Garnier on July 2, 2011.

In a statement released to Nice-Matin, per the Palais Princier de Monaco:

…following the logistical problems encountered in organizing the official dinner at the Musée Océanographique on Saturday, July 2, it was decided that the evening would be held in the Salle Garnier and the terraces of the Casino. This change of location will promote a more flexible management of the festivities.

Well, I suppose that is good news for the Salle Garnier for it is a lovely place.  Let’s hope this is the last change of locations and other stuff before the princely wedding.  Why would I say that, you may ask?  Because there has been at least a billion changes — from the date of the ceremony to the wedding ceremony venue and so on — since the official announcement was made last summer… that’s why.   🙂