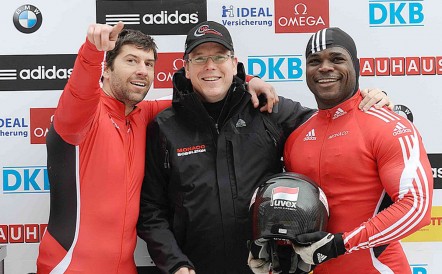 On February 20, 2011, HSH Prince Albert II of Monaco was in Königssee, Germany to watch the Men’s Bobsleigh World Championship.  The Prince was all gung-ho about the race that one could feel that he was jealous that he wasn’t participating in the event.

Any who, after the race was over he took several photos with the winners and losers  and spoke to the press.