Well, I have to say that I am happy for this lovely couple.   Anyway, the German magazine, Gala, has a new article about Prince Georg and Princess Sophie along with two new engagement photos.  Information contained within the article is nothing really new for the seasoned royal watcher; however, I am sure there are some who are unfamiliar with the couple so the article from Gala is a decent CliffNotes version about Prince Georg and Princess Sophie.

Here is a translation:

Germany, along with England and Monaco, in 2011 will have it’s own magnificent and important Royal Wedding. Prince Georg Friedrich of Prussia, the 34-year-old leader of the House of Hohenzollern announced, on Friday (January 21, 2011) his engagement to Sophie Prinzessin von Isenburg. The announcement was made through the official web site of the House of Hohenzollern.

The wedding between the Prince and Princess, who have known each other since childhood, will take place later this year and s expected to take place in Potsdam. The House and is currently celebrating 950th anniversary. Prince Georg Friedrich and Princess Sophie currently work as business managers. Funny coincidence: While he was training in Freiberg, Germany, she was studying in Freiburg.

The 32-year-old Sophie was born in Frankfurt, the daughter of Franz Alexander, Prince of Isenburg and Christine, Countess of Saurma. She has two brothers – Crown Prince Alexander and Prince Victor – and two sisters, Princess Catherine, who is married to Martin, Archduke of Austria and a son of ex-Emperor Karl I and Empress Zita, and Princess Isabel, a Prince of Wied married.

A potential problem, the young head of the House of Hohenzollern so out of the way: The fact that he married a noble-bred, there is no discussion will be about its position in the House of Hohenzollern. Two older brothers of his father, Louis Ferdinand, Jr could be unethical because of a wedding no successors.A second issue that has not been clarified to the public: Sophie von Isenburg comes from a Catholic family, the Prussian Hohenzollern are traditionally Protestant.

So, as you know by now, the lovely Princess Letizia of Asturias attended the ballet with her sister, Telma, last evening.

Anyway, in case you haven’t seen the video from last night, well, here you go: Hola.com

****Credit MUST be given to Clara from Royal Dish for finding the video first.  So, Gracias!!!   🙂

This afternoon, January 24, 2011, Japan’s Crown Prince Naruhito attended the 150th anniversary of the Amity Treaty between Germany and Japan, “The treaty was signed to establish diplomatic and commercial relations between the two countries.”

During the celebrations Crown Prince Naruhito gave a speech as well as hosted a reception at the National Art Center in Tokyo.  Attendees included German Culture Minster Bernd Neumann and the German Ambassador to Japan, Volker Stanzel.  Unfortunately, Crown Princess Masako was, once again, absent.  Then again, royal watchers never see her unless it’s a balcony appearance at the Imperial Palace in Tokyo.

To view more images from this event please click the link: Crown Prince Naruhito of Japan 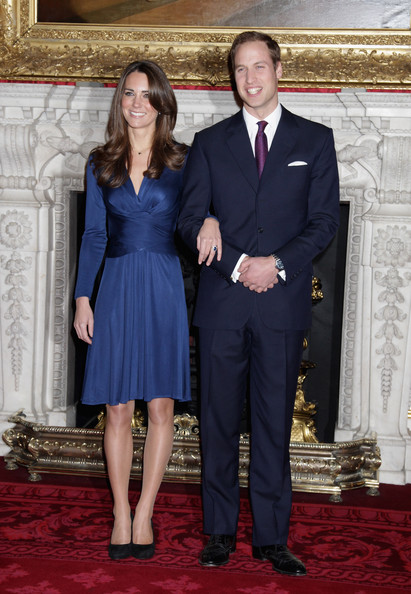 According to the Telegraph newspaper, it is true.  But, as you know by now, dear friends, you should take what the press has to say with a grain of salt.

Anyway, this is what the reporter from the Telegraph has to say about the supposed move:

‘William has let it be known that he wants them to live at Kensington Palace,’ says a courtier. ‘It is where he grew up and he has very happy memories.’

It has been suggested that Kate and William might live at St James’s Palace, but this is dismissed by the courtier. ‘St James’s Palace is dark, dingy and depressing,’ he says. ‘William does not want to live there.’

To read the rest of the article please click the link below.

The Monte-Carlo Daily Photo Blog has been one of my favorite sites for several years now, and I thought now is the good time to share this blog with those who are unfamiliar with MCDP.  The photographer and owner of this fantastic blog has shot some amazing behind-the-scenes photos from the 35th Annual International Circus Festival in Monaco.  Unfortunately, at this time there are no photos of the Monaco princely family.

One more thing, I would like to remind my fellow bloggers to please do not copy and paste these photos without the permission of the owner from Monte Carlo Daily Photo.

With the loss of her mother in 1982 and with the loss of her father in 2005, Princess Caroline continued to forge ahead, but not without several personal as well as health problems.  She has been married three times, divorced once, currently separated, and a widow.  After the death of her husband, Stefano Casiraghi on October 3, 1990, Princess Caroline’s health began to deteriorate.  In 1996, she began to experience hair loss.  Soon, she lost it all.  Though she never confirmed it in public many doctors, commenting about her hair loss, believed the beautiful Princess suffered from Alopecia Totalis, an autoimmune disorder brought on by severe stress as well as genetics. 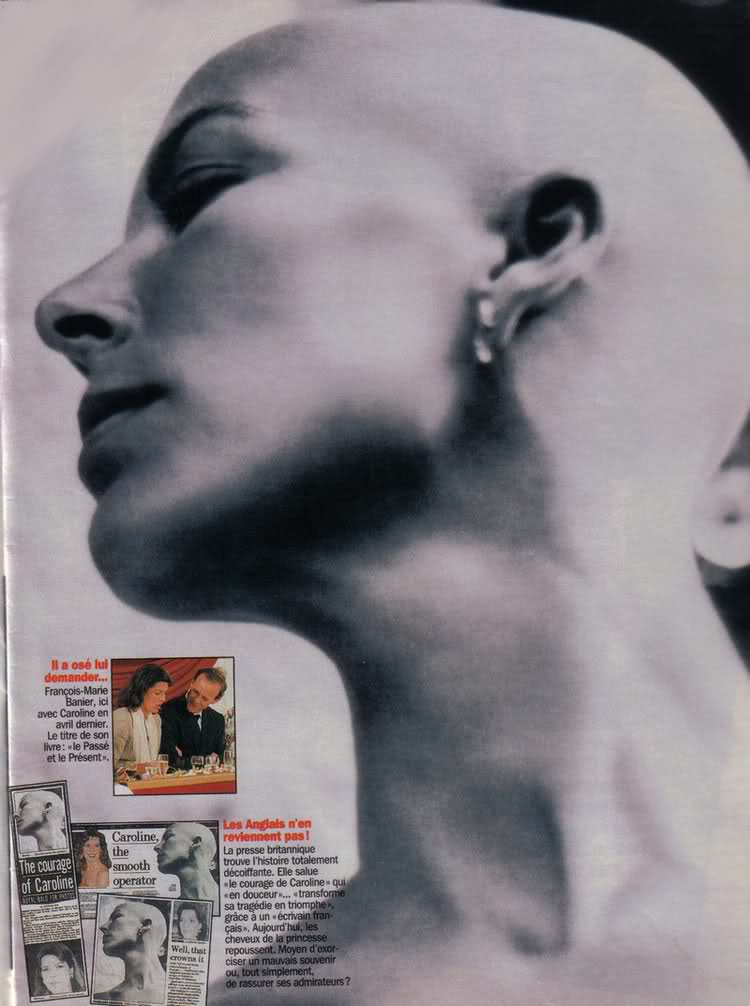 In time her hair grew back and her health began to vastly improve.

Today, Princess Caroline is the proud mother of four, and is quite active with various charities/patronages for the Principality of Monaco including:

So, there you have it!  A CliffNotes version of HRH The Princess of Hanover, the Hereditary Princess of Monaco, Caroline.