On December 13, 2010, HSH Prince Albert of Monaco attended the 2nd Asian Beach Games at Al-Musannah Sports City in Muscat, Oman along with his nephew, Pierre Casiraghi.

Not only did Prince Albert talk to various dignitaries whilst there, he also walked around the media facilities, and attended a various games being played including a Handball match with Pierre (who looks like a robot in the photo below.)  🙂  I’m only kidding.  Well, not really. 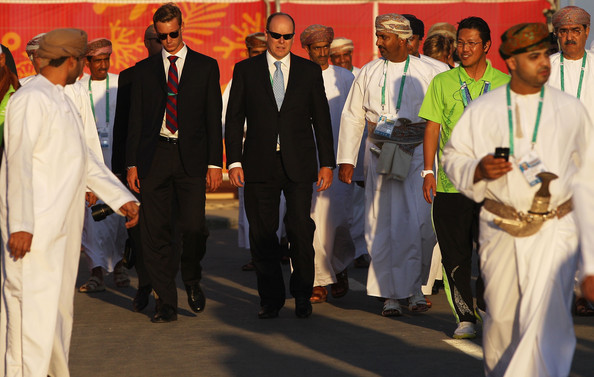