On December 9, 2010, TRH Crown Prince Felipe and Crown Princess Letizia of Spain participated in a meeting of the board at the Student Residence (Residencia de Estudiantes) in Madrid. 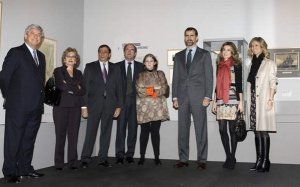 Then the awesome couple then attended the Viajeros Por el Conocimiento exhibition at the Student Residence.

Looking fierce in a cool black coat, burnt reddish scarf that was the size of a blanket, ugly shoes, and fluffy hair Crown Princess Letizia seems to have enjoyed herself this afternoon.  Moreover, she continues to amaze many royal watchers with her bad-ass self while at the same time she continues to piss off a few who despise her for no reason. 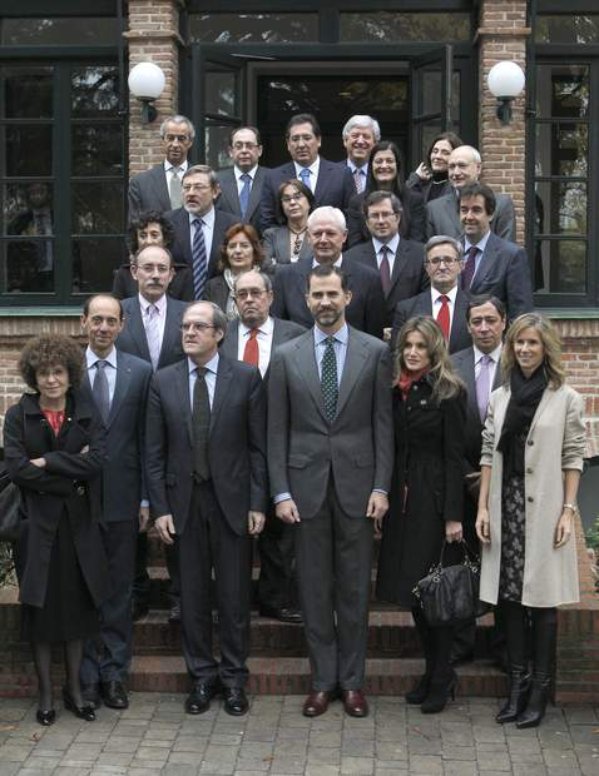 If you haven’t heard by now university tuition rates in the United Kingdom will triple thanks to British Parliament who approved of this controversial plan.

Unfortunately, HRH Prince Charles and his wife Camilla’s car was attacked this evening by demonstrators angry over this rate hike.  The royal couple were attending the Royal Variety Performance on December 9, “… in aid of the Entertainment Artistes Benevolent Fund.” Thankfully, they and others were not injured.

According to CNN International:

The demonstrators broke a window and tossed paint on the car, however neither royal family member was injured in the attack.

The measure awaits approval by the House of Lords and a signature by the queen before it can become law.

To view video as well as to the read more about this unfortunate situation with please visit CNN’s official site athttp://www.cnn.com/2010/WORLD/europe/12/09/uk.tuition.protests/index.html?iref=NS1

… at least not tea towels with Prince William and Catherine Middleton’s face on them.  Why?  They were banned by the Palace.  Makes sense to me, I mean, royal tea towels are tacky to say the least.

Andy Bloxham, from The Telegraph newspaper in Britain, noted:

The Lord Chamberlain, Earl Peel, who is the senior official in the Royal household, has issued a formal memorandum stating any official photographs of the couple can only be used on items would be considered appropriate.

So there you have it… sorry tea towel lovers… you’re out of luck this time around.  Of course, you could always make your own tea towels by purchasing plain white tea towels at Wal-Mart.  Then, purchase colored markers and draw the happy couple’s faces on them and … VOILA!  Your own personal crappy tea towels!