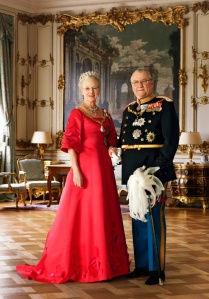 According to the Danish royal court guests in attendance included the Danish Prime Minister, Ms. Helle Thorning-Schmidt, as well as other Danish government officials, civil servants, and members/employees of the royal court.