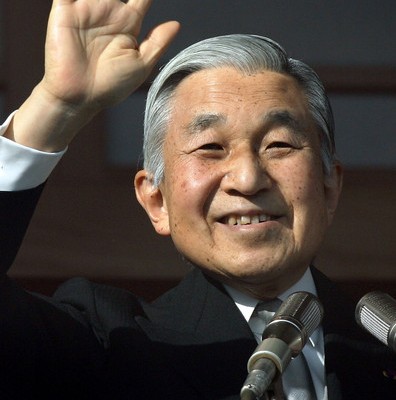 On January 16, 2013, Their Imperial Majesties Emperor Akihito and Empress Michiko of Japan attended the 2013 New Year Poetry Reading Ceremony held at the Imperial Palace in Tokyo.

During the ceremony, which was also attended by His Imperial Highness Crown Prince Naruhito as well as other members of the imperial family, the emperor “… recited his own poem about Okinawa…” according to the Japanese newspaper, Asahi Shimbum.