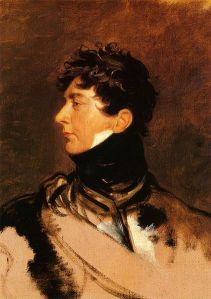 Yes, it is documentary Saturday and here is yet another program hosted by historian Dr. Lucy Worsley entitled, Warts and All: Portrait of a Prince.  This BBC Four documentary:

… presents a vivid portrait of an age of elegance presided over by a prince of decadence – the infamous Prince Regent himself, a man with legendary appetites for women, food and self-indulgence. Yet this was the same man who would rebuild London, carving out the great thoroughfare of Regent Street and help establish the Regency look as the epitome of British style through his extravagant patronage of art and design.

And, finally, here is a fun and interesting series from the BBC entitled, Filthy Cities: Medieval London, hosted by historian Dan Snow.