On June 28, 2012, Their Royal Highnesses Prince Willem-Alexander of Oranje and Princess Maxima of the Netherlands attended the closing of the 65th Edition of the Holland Festival held at the Concertgebouw in Amsterdam.  During the concert the prince and princess listened to the Simón Bolívar Symphony Orchestra of Venezuela with Gustavo Dudamel conducting.

According to the official website for the 65th Edition of the Holland Festival the Simón Bolívar Symphony Orchestra of Venezuela played:

Meanwhile at Port Hercule in Monaco, the beautiful Princess Caroline of Hanover attended a “…training session prior to…” the  2012 Jumping International de Monte-Carlo.

On June 28, 2012, His Royal Highness Prince Philippe of Belgium was in the town of Mol where he visited the Centre d’Etude de l’Energie Nucléaire (SCK-CEN) to celebrate their 60th anniversary.  Whilst there the future king of Belgium participated in various meetings as well as “… visited the Guinevere project.”  No idea what that is.  Sorry.   🙂

Anyway, after that was over, Prince Philippe bolted on over to the headquarters of  l’Organisation Mondiale des Douanes in Brussels where he participated in “… plenary meeting of the council then presented a gift to the organization who is celebrating their 60th anniversary.”  Cool. 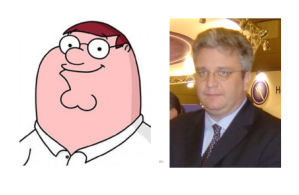 And, finally, according to La Monarchie Belge, Their Royal Highnesses Prince Laurent (aka Peter Griffin) and Princess Claire are scheduled to attend the pre-opening of the exhibition, Libramont Exhibition & Congress Center, in Libramont.

On June 28, 2012, Their Royal Highnesses Prince Willem-Alexander and Princess Maxima of the Netherlands attended the opening of the new exhibition, ‘Koning Lodewijk Napoleon & zijn Paleis op de Dam’, at the Koninklijk Paleis Amsterdam.

According to the official website for the Koninklijk Paleis Amsterdam and RVD, the exhibition:

… focuses on different perspectives of the story of the first king of Holland. Here you will discover the special legacy of his government’s policies.  On the basis of mini-documentaries, art objects and attributes on the building itself is a picture of the way King Louis Napoleon lived at that time.

Two years later it served briefly as the palace of his brother, Emperor Napoleon Bonaparte. This period under French rule was a turning point in the history of the building and indeed the Netherlands as a whole.

If you are interested in viewing the exhibition, ‘Koning Lodewijk Napoleon & zijn Paleis op de Dam’, it opens to the public on June 29, 2012, and ends on September 16, 2012.  For more information please visit the official website for the Koninklijk Paleis Amsterdam here.

Her Majesty Queen Elizabeth II and His Royal Highness the Duke of Edinburgh attended the unveiling of the Bomber Command Memorial in Green Park on June 28, 2012.

After the unveiling there was a luncheon held at the Royal Air Force Club in London.

Click the links below to watch videos, read articles and view photos from today’s event.

On June 28, 2012, His Imperial Highness Crown Prince Naruhito of Japan continued his three-day visit to Cambodia.  This afternoon the future emperor visited the famous Angkor Wat Temple along with his delegation and a local guide.

Afterward, Crown Prince Naruhito “… visited a local market in the Siem Reap Province where he spoke with Japanese tourists…” and local vendors selling their products.