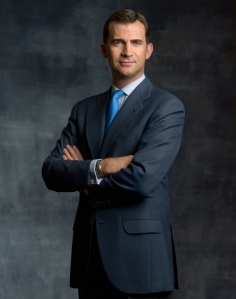 On January 12, 2012, His Royal Highness Prince Felipe of Asturias visited Honduras as part of his official tour of Central America.

In the morning, the heir to the Spanish throne attended the presentation of the Foundation Miguel de Cervantes Virtual Library held at the Cultural Center of Spain in Tegucigalpa. Later he attended a private meeting with the speaker of the Honduran Parliament, Juan Orlando Hernandez.  The prince also met with other members of government at the National Congress building in Tegucigalpa.

On January 13, 2012, Prince Felipe will visit Guatemala where he will attend the inauguration of president-elect, Otto Pérez Molina.