It was announced this afternoon, February 28, 2011, that HIRH Prince Georg Friedrich of Prussia will marry HSH Princess Sophie von Isenburg on  August 27, 2011.  The wedding ceremony will be held at the Friedenskirche in Potsdam, Germany.

At this time it is unknown who will attend the wedding ceremony; however, one could deduce that many of the non-reigning royal and princely houses in Germany will attend along with several reigning royal houses.

Stay tuned for more information about the upcoming wedding. 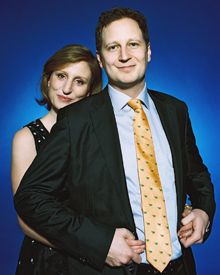 Well, I have to say that I am happy for this lovely couple.   Anyway, the German magazine, Gala, has a new article about Prince Georg and Princess Sophie along with two new engagement photos.  Information contained within the article is nothing really new for the seasoned royal watcher; however, I am sure there are some who are unfamiliar with the couple so the article from Gala is a decent CliffNotes version about Prince Georg and Princess Sophie.

Here is a translation:

Germany, along with England and Monaco, in 2011 will have it’s own magnificent and important Royal Wedding. Prince Georg Friedrich of Prussia, the 34-year-old leader of the House of Hohenzollern announced, on Friday (January 21, 2011) his engagement to Sophie Prinzessin von Isenburg. The announcement was made through the official web site of the House of Hohenzollern.

The wedding between the Prince and Princess, who have known each other since childhood, will take place later this year and s expected to take place in Potsdam. The House and is currently celebrating 950th anniversary. Prince Georg Friedrich and Princess Sophie currently work as business managers. Funny coincidence: While he was training in Freiberg, Germany, she was studying in Freiburg.

The 32-year-old Sophie was born in Frankfurt, the daughter of Franz Alexander, Prince of Isenburg and Christine, Countess of Saurma. She has two brothers – Crown Prince Alexander and Prince Victor – and two sisters, Princess Catherine, who is married to Martin, Archduke of Austria and a son of ex-Emperor Karl I and Empress Zita, and Princess Isabel, a Prince of Wied married.

A potential problem, the young head of the House of Hohenzollern so out of the way: The fact that he married a noble-bred, there is no discussion will be about its position in the House of Hohenzollern. Two older brothers of his father, Louis Ferdinand, Jr could be unethical because of a wedding no successors.A second issue that has not been clarified to the public: Sophie von Isenburg comes from a Catholic family, the Prussian Hohenzollern are traditionally Protestant. 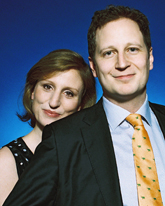