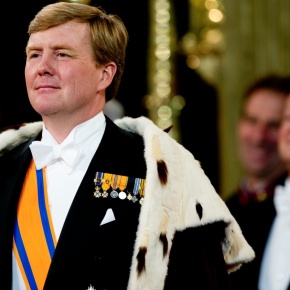 On Monday, September 19, 2016, His Majesty King Willem Alexander of the Netherlands celebrated the 100th anniversary of the Amsterdam Schiphol Airport in southwest Amsterdam. During today’s festive celebrations His Majesty gave a speech.  Here is what he had to say (rough translation) : “Ladies and gentlemen, One hundred years of the Schiphol [Airport]. That’s the … END_OF_DOCUMENT_TOKEN_TO_BE_REPLACED

On Monday, September 19, 2016, His Majesty King Felipe VI of Spain gave a speech at the United Nations in New York City, New York.  According to the Spanish news agency, EFE, in his speech His Majesty “…called for a generous response to the great displacements of refugees and migrants, to whom he said support … END_OF_DOCUMENT_TOKEN_TO_BE_REPLACED