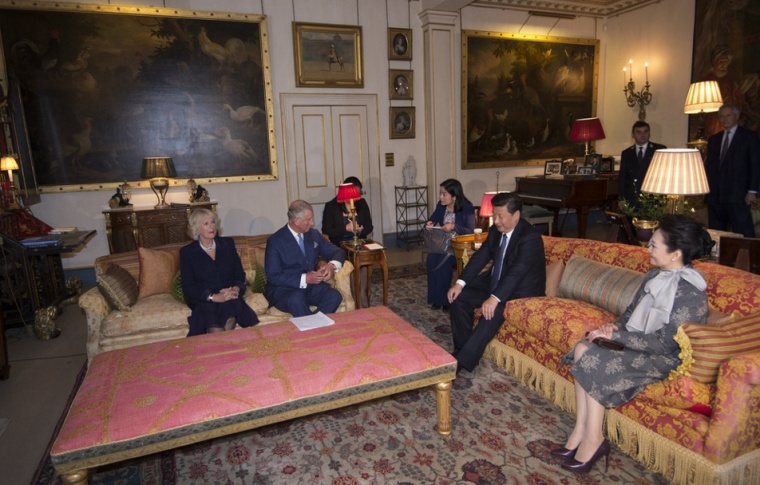 On the afternoon of October 20, 2015, Their Royal Highnesses The Prince of Wales and The Duchess of Cornwall welcomed the President of the People’s Republic of China, Mr. Xi Jinping and his wife, Madame Peng Liyuan, to Clarence House in London, England.

During today’s visit President Jinping and Madame Liyuan “…view[ed] a display by The Prince’s School for Traditional Arts and met with [students from the school]…” according to Clarence House. Thereafter, the prince and the duchess hosted afternoon tea in honor of President Jinping’s visit to England. 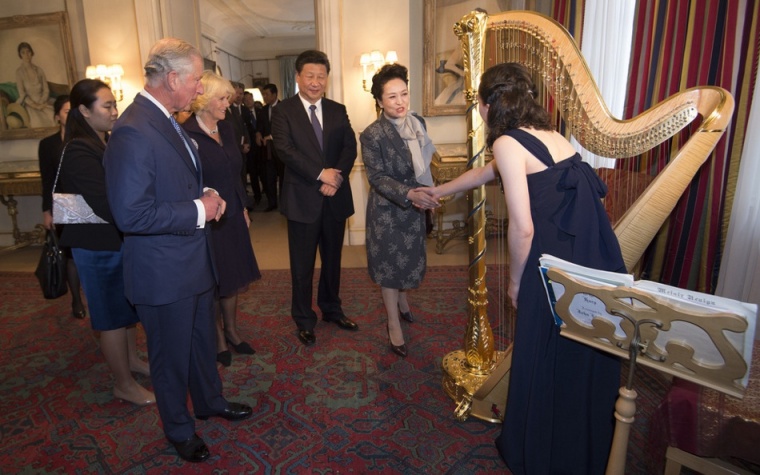