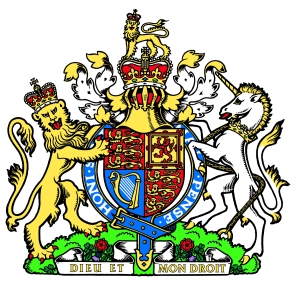 On May 15, 2012, Her Majesty Queen Elizabeth II and the Duke of Edinburgh visited Bromley as part of Her Majesty’s Diamond Jubilee celebrations.

During their tour the queen and the duke visited the London as a Global Centre of Fashion event held at the Bromley Town Centre.  Her Majesty and the duke also attended the Wild London Festival as well as the St. Mark’s Church of England Academy in Surrey.

Click the links below to watch a video and to view photos.

On May 15, 2012, Her Majesty Queen Beatrix of the Netherlands along with Their Royal Highnesses Prince Willem-Alexander of Oranje and Princess Maxima of the Netherlands attended the 2012 Appeltjes van Oranje Awards (Apples of Orange) ceremony held at the Paleis Noordeinde in Den Haag.

According to RVD and NOS, “… each year the Oranje Fund awards initiatives that successfully connect different groups of people with the Appeltjes van Oranje Awards…”  There were ten initiatives nominated this year and only three winners.  This year the 2012 Appeltjes van Oranje award went to Smarter Together Neighborhood Farm Baalder, COOLzaad van Stichting BuurtLAB, and Beheer Cultuurhistorische Perenboomrij.

Besides receiving this great award, made of bronze and designed by Her Majesty, the winners also receive 15,000 Euros.

His Serene Highness Prince Albert II of Monaco held an audience on May 14, 2012, with the Director General of the ITER Organization, Professor Osamu Motojima, at the Palais Princier de Monaco.

Also in attendance were the Minister of State, Mr. Michel Roger, the Government Advisor, Mr. Marco Piccinni, as well as five postdoctoral researchers from around the world including Mr. Sun Hee Kim, Mr. Ian Pong, and Mr. Jing Na to name a few.

According to the Palais, the ITER Organization and the Principauté de Monaco “… formed a partnership agreement which provides funding…” for five postdoctoral researchers every two years:

This agreement trains the next generation of scientists and engineers from partner countries (EU, China, the Japan, the India, the Republic of Korea, the Russia Federation and the United States) or the Principality of Monaco, but to also establish the foundations for an international centre for research in nuclear fusion. The postdoctoral researchers will benefit from training in a research topic related to the various areas related to the construction and development with the future project ITER Fusion Reactor.