In this week’s edition of Blauw Bloed, host Jeroen Snel, covers all the major royal events from this past week including Their Serene Highnesses Prince Albert II and Princess Charlene of Monaco at the 84th Annual Academy Awards, Her Royal Highness Crown Princess Mary of Denmark in Washington, D.C., His Royal Highness Prince Willem-Alexander of Oranje attending the 70th anniversary of the Battle of the Java Sea, latest news regarding Her Royal Highness Princess Estelle of Sweden, and much more.

Click the video icon below where it says Kroonprins Herdenkt Slag in Javazee. (in Dutch)

Royals in General Royalty and Films

His Royal Highness Prince Harry of Wales in currently in the Bahamas representing Her Majesty Queen Elizabeth II as part of the Diamond Jubilee celebrations.

Today, March 4, 2012, Prince Harry attended a “… service of morning prayer…” held at the Christ Church Cathedral in Nassau, Bahamas.  The prince also attended a reception at Government House, gave a speech at Rawson Square, opened an art exhibition  (also in Rawson Square), shook hands with hundreds of well-wishers, and more.

Meanwhile, in today’s edition of the online newspaper, Look Local South Africa, it was announced that there is a new documentary from the German television network, ZDF, currently in production regarding Her Serene Highness Princess Charlene of Monaco and Her Royal Highness the Duchess of Cambridge.

This new program analyzes the princess and the duchess and how they have adapted to their new lives within their respective royal and princely houses.  South African journalist and close friend to Her Serene Highness Princess Charlene, Mr. Clyde Meela, was interviewed along with the princess’s family as well as other friends.

The yet untitled documentary will air on June 26, 2012 on ZDF and will most likely be available to watch online a day or two later.   🙂 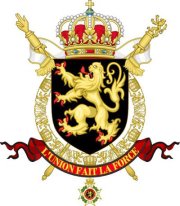 On March 4, 2012, Their Royal Highnesses Prince Philippe and Princess Mathilde of Belgium were in the town of Rupelmonde to celebrate the 500th anniversary of the birth of Gerard De Kremer (Gerardus Mercator).

During today’s celebrations the prince and princess placed flowers at the statue of Gerard De Kremer (Gerardus Mercator), who is best known for Mercator Projection World Map, in the town square as well as met with dozens of well-wishers. 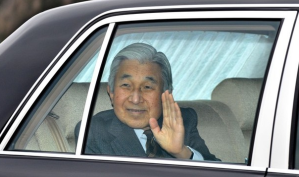 On March 4, 2012, His Imperial Majesty Emperor Akihito of Japan was discharged from the University of Tokyo Hospital after undergoing heart bypass surgery on February 18, 2012.

In a press release, the Imperial Household Agency noted that the Emperor will “…rest at home for a week…”  Various sources claim that Emperor Akihito along with Empress Michiko will participate in a memorial on March 11, 2012, commemorating the one year anniversary of the devastating earthquake and tsunami that hit Japan last year.  The memorial will take place in Tohoku, Japan.

Meanwhile, His Imperial Highness Crown Prince Naruhito of Japan held an audience with Vietnam’s Ambassador to Japan, Doan Xuan Hung, whereupon he presented his credentials to the heir to the Japanese throne on March 2, 2012.