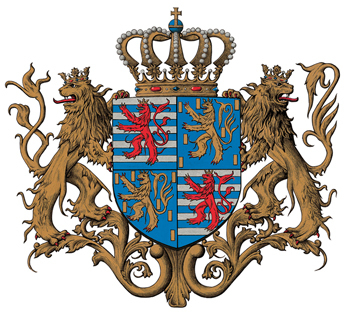 This evening H.R.H.Hereditary Grand Duke Guillaume will attend  a panel discussion on Stéphane Hessel’s 2010 booklet, Indignez-vous.  So what is the booklet about you may ask… well:

Hessel argues that the French need to again become outraged, as were those who participated in the Resistance during World War II. Hessel’s reasons for personal outrage include the growing gap between the very rich and the very poor, France’s treatment of its illegal immigrants, the need to establish free press, the need to protect the environment, importance of protecting the French welfare system, and he calls for peaceful and non-violent insurrection.  source 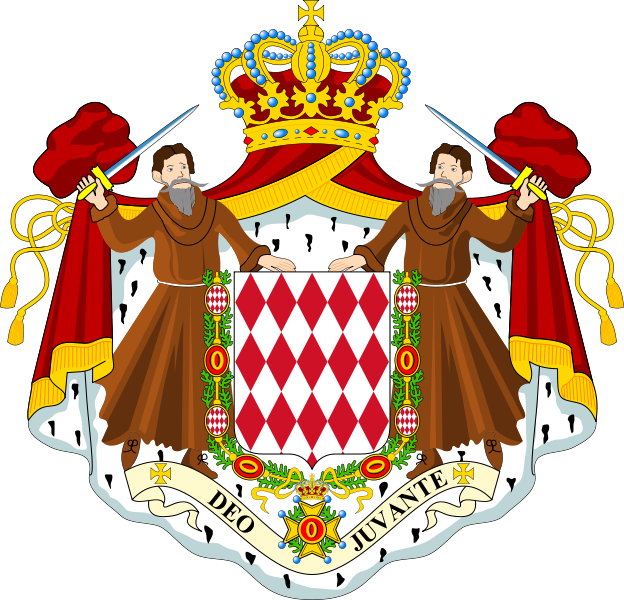 Recently, H.R.H. Princess Caroline of Hanover attended the official opening of “Italian Language and Culture Month” in Monaco.  This celebration, organized by the Italian embassy in Monaco, promotes all things Italian including art, literature, gastronomy, and theatre.

During the opening event Princess Caroline, along with the Italian ambassador to Monaco, Antonio Morabito, watched flag throwers do their thing (sorry I couldn’t think of a better description of what they were doing).  From there the princess, Ambassador Morabito, and hundreds of guests viewed an art exhibit along the Esplanade at the Grimaldi Forum.

On October 2, 2011, H.R.H. Princess Caroline along with H.S.H. Prince Albert II attended the Tribute to Master Yakov Krazberg held at l’Auditorium Rainier III.  During the event the Great Hall of l’Auditorium Rainier III was renamed, Salle Yakov Kreizberg, and a plaque was unveiled in honor of the late conductor who was the musical director of  l’Orchestre Philharmonique de Monte-Carlo. To view photos please here and here. 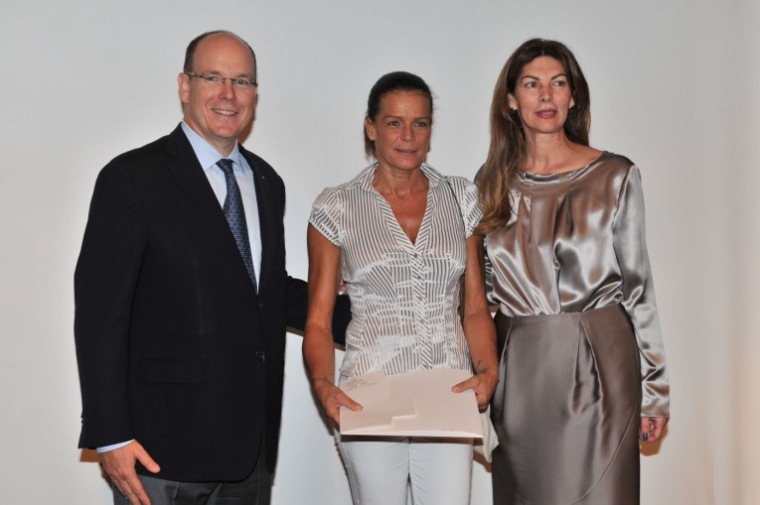 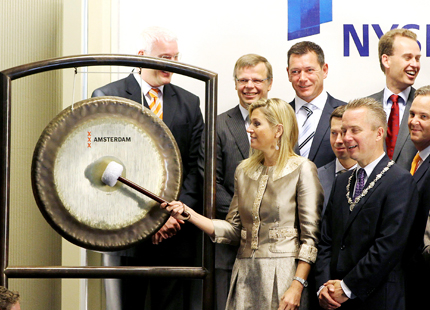 Fresh from her brief business trip to Riviera Maya, Mexico H.R.H. Princess Maxima was back in Amsterdam this morning to open a new trading floor at the Amsterdam Stock Exchange.

As you know by now Monaco’s newest princess, Charlene, recently attended the Akris S/S 2012 collection in Paris on Sunday night.  During her time in the city of lights the British newspaper, Telegraph, caught up with the former Olympian turned princess whilst at the Paris prêt-à-porter shows.  Here is what she had to say:

Professionial-attention-seekers are drawn to Paris Fashion Week like insecure moths to a paparazzi-flash flame; rap stars (Kanye West launched an atrocious fashion “collection” here on Saturday), film stars (Julianne Moore kept her sunglasses on at Lanvin), and those – like Lindsay Lohan at the West event – who defy all job description, all stew together on the pret-a-porter front row. Celebrities are ten-a-penny here.

The arrival of a bona fide princess, however, is a rare event. And that the surprise royal attendee at the Swiss label Akris’s Spring 2012 show was Princess Charlene of Monaco yesterday meant it was an unmanufactured buzz that zinged down the sweltering benches in the Palais de Chaillot.

For Charlene, Princess of Monaco – who wore a pretty, light bronze Akris dress as she quietly took her place two seats down from Anna Wintour, the editor of American Vogue, then endured those camera flashes – is both Europe’s most recently minted princess and its most enigmatic.

Before her wedding to Prince Albert II in July, there were reports that she had been suffering nerves. Since her marriage, she has been glimpsed in public only rarely.

Yesterday the princess was here because of her close relationship with the label: she wore an Akris gown to the wedding of Prince William to Kate Middleton, and often consults Albert Kriemler, its owner and designer. As the models emerged to a catwalk split by racing track road markings and the tannoyed roar of Formula One engines revving and roaring, it became clear that this collection was an homage to Monaco’s most famous sporting event: its Grand Prix.

The princess smiled at models in sporty parkas and print dresses that showed a glamorous woman watching the race from Monaco’s Hotel de l’Hermitage, or were striped with an elongated photograph of a speeding vintage race car. The princess’s applause, and that of the rest of the audience too, was very well deserved.

Princess Charlene said that she had been wearing Akris since well before she and Albert were guests at the royal wedding in April. She laughed off rumours that she would like to design clothes herself, and added: “No, but I do know what I like. And if I speak to Albert (Kriemler) about certain things he adapts them for me.”

Her South African accent is as broad as her swimmer’s shoulders.

Are there things she could not wear, I and Telegraph Fashion Editor Lisa Armstrong wondered – for certain dresses in the Akris collection were extremely revealing: “There are certain protocols, and obviously I wouldn’t show too much – it [Monaco] is a Catholic country.”

Would she ever go high street shopping like the Duchess of Cambridge, only recently spotted browsing through Topshop? “I wouldn’t want to compare myself to her.”

Far from being dismissive, this was said with great caution – the new princess has become quickly wise to the press. She went on to praise Akris and this Monaco-themed collection, so we asked whether being its princess is something she anticipates will be a full-time job.

“Of course,” she replied. “I think that would be expected of me in the near future. But I have just taken a bit of a break. I think, like [anyone], I need time to adjust. I just got married.” And for the first time she laughed.

She conceded that learning French is a struggle, but that she’s working at it. “Step by step: it’s coming along but it takes time.”

And then, just as our time was coming to its end, Princess Charlene’s shoulders relaxed, and she seemed to ask us to excuse her nerves. “Honestly I don’t want to be too cut-off. But obviously the press haven’t been really good for us in the past. And that started before the wedding and the sources had come from British [newspapers]. And I was like ‘Why?’ So I’m speaking to the enemy now.”

Princess Charlene, we assured her, you most certainly are not: The Daily Telegraph does not stitch up royalty.

“I’m just learning,” she said, looking around her for the first time at the hoverers around us. We’re surprised, we responded, that she doesn’t have a much larger security detachment. A steely glint entered her eye: “I don’t like that. I’m quite independent.”

Yet how could you ever live a fairly normal life now you are a Grimaldi princess? “I will,” she said with slow and deliberate emphasis, then paused and added: “Do it my way. I think for anyone living in a new country and adapting to a new lifestyle, it’s a different role. I was an Olympic swimmer, I lived in a swimsuit, I lived on tour.”

And she still swims a lot. She loves to watch the Grand Prix too – she added that she loves all sport and can’t wait for London 2012 – and got a thrill in the pit of her stomach the first time she heard those engines revving outside her palace window.

She has been spending a lot of time in the family house, Roc Agel, on the French side of the Monaco border, she said. It was from here that Princess Grace, Charlene’s late grandmother-in-law, was driving when she perished in a road accident 29 years ago. But Princess Charlene’s introduction into the Grimaldi family long postdates that tragedy, and mentioning Roc Agel seemed to lift her spirits a notch higher. By now, in fact, she was indisputably chipper. And it was time to go.

As we got to our feet, she said one more thing. “I think, in general, that it’s all good.” source