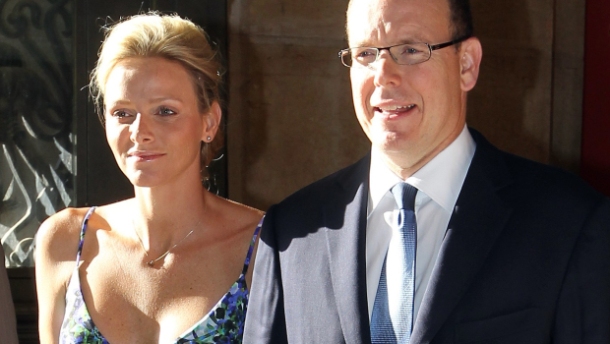 According to the news site, AFP, the princely couple intend to sue the “…French magazine for spreading [rumors about] them.”  That French magazine/newspaper is the respected, L’Express.

‘It is very distressing,’ [Michel] Roger, whose official title is minister of state, told journalists of the gossip that swirled around the wedding held over two days in early July.

Rumours that Charlene Wittstock tried to leave the principality in a huff just days before the royal wedding have already been rejected by the palace, a lawyer for the princely pair, as well as by Albert himself.

‘They are all false,’ added Roger.

L’Express magazine had reported on its website that Wittstock, now Princess Charlene, interrupted preparations for the lavish celebrations and prepared to take a flight for her home country South Africa.

In fact, ‘she left for Greece accompanied by a Monegasque delegation’ for the Special Olympics — a competition for the intellectually disabled that opened in Athens on June 25, said Roger.

As for allegations that Albert fathered a third child out of wedlock while engaged to Charlene, the politician said: ‘We have proof that this is false’.

To read the article in its entirety please click the link here.  Another source.