Today, is a very special day for a very special man.  On January 5, 2011, Grand Duke Jean of Luxembourg, Duke of Nassau, and Prince of Bourbon-Parma, turns 90 years old.

Born on January 5, 1921 in Schloss Berg he attended boarding school at Ampleforth College in the United Kingdom.  Soon after he attended Laval University in Quebec, Canada where he majored in Political Science.  According to Wort.lu, Grand Duke Jean:

…fought in World War II service in the British Army against the Germans who had occupied Luxembourg. In 1942 he joined the elite regiment of the Irish Guards.

In June 1944 he landed with the Allied forces in Normandy and took part in the battles of Arnhem and the Ardennes battle.On his return home, the population celebrated him as a hero.

In 1953, he married Princess Josephine Charlotte of Belgium.  They had five children.  The Luxembourg newspaper, Wort.lu, notes:

[Grand Duke] Jean ascended the throne after his mother abdicated on 12/11/1964.  He was on the throne for almost 36 years until 7 October 2000, as Luxembourg’s head of state. About five years later he lost his wife, Grand Duchess Josephine-Charlotte.

Grand Duke Jean is a great nature lover and avid Boy Scout. He likes to read books and likes classical music. In addition, he could also inspire more for photography, horseback riding, skiing and water skiing, swimming, fishing or hunting. 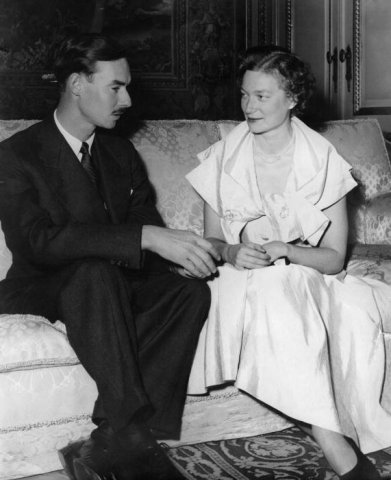 The former ruler (he abdicated) of Luxembourg will spend time with his family, and of course there will be celebrations in beautiful Luxembourg including a concert in honor of the Grand Duke.

I’m sure there will be images of the concert and much more so please stay tuned!

Source and photos courtesy of: Wort.lu by Marc Wilwert and Sip / Joseph Tomassini