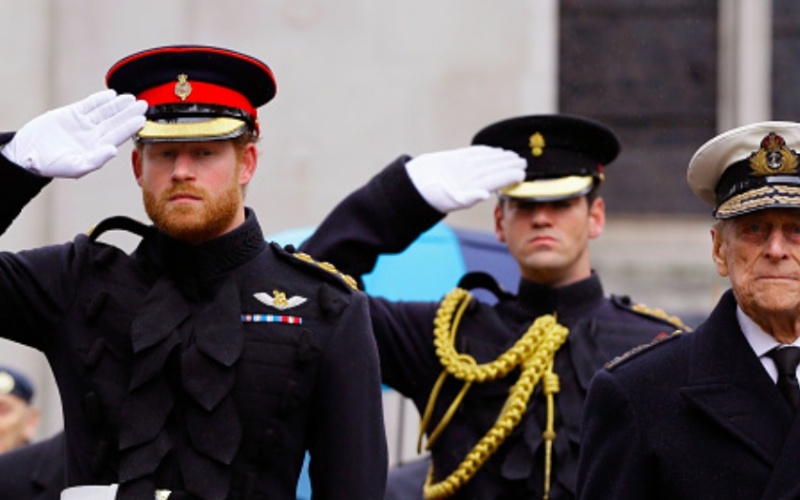 According to the Press Association during today’s ceremony the duke and the prince:

“…laid their crosses of remembrance in front of two wooden crosses from the graves of unknown British soldiers from the First and Second World Wars.  The Last Post was played before a two-minute silence. The prince and his grandfather then walked around plots containing more than 100,000 crosses and chatted to veterans and families of those who had lost loved ones.”