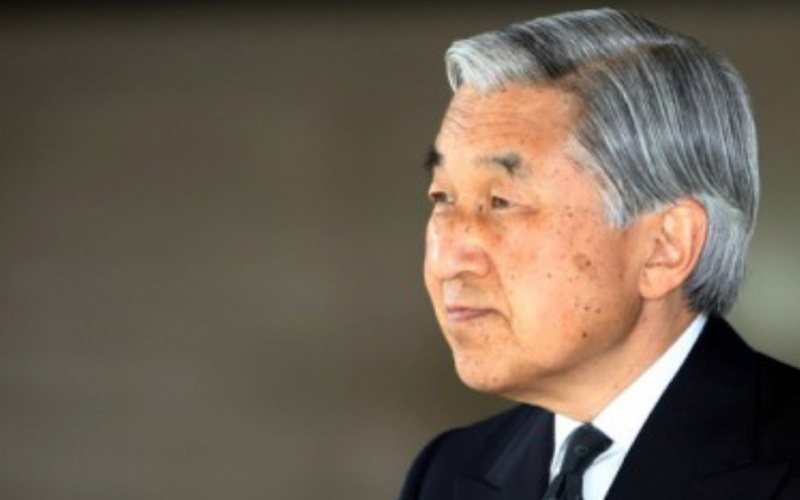 Recently, His Imperial Majesty Emperor Akihito of Japan held a press conference in Tokyo held on the occasion of his 80th birthday on December 23, 2013.

During the press event His Imperial Majesty spoke about his official duties, the March 11, 2011, 9.0 earthquake off the Tōhoku coast and the devastating tsunami that followed, and much more.

Here is what His Imperial Majesty had to say per the Imperial Household Agency:

“As Your Majesty celebrates Your eightieth birthday, sanju, on December 23rd, we will soon be marking a quarter-century since the start of Your era of Heisei. In the course of the Showa era and the current Heisei era, we have lived through a world war, its aftermath and subsequent recovery, numerous natural disasters, and difficult economic times. Your Majesty has also undergone two major surgeries. Looking back on Your eighty years, please tell us about any events that have left special impressions on You, and also, about Your thoughts on turning eighty, and how You would like to lead Your life in the coming years.

Regarding the question on what events have left me with special impressions over the past eighty years, I would say that what stands out most in my mind is the Second World War. Japan was already at war with China by the time I reached school age. The following year, on December 8th, Japan also entered into war with the United States, the United Kingdom and the Netherlands, in addition to China. I was in my last year of elementary school when the war ended. About 3.1 million Japanese people are said to have lost their lives in that war. It still pains me deeply to think that so many people, who must have had various dreams and hopes for the future, lost their lives at a young age.

After the war, Japan was occupied by the allied forces, and based on peace and democracy as values to be upheld, established the Constitution of Japan, undertook various reforms and built the foundation of Japan that we know today. I have profound gratitude for the efforts made by the Japanese people at the time who helped reconstruct and improve the country devastated by the war. I also feel that we must not forget the help extended to us in those days by Americans with an understanding of Japan and Japanese culture. Today, more than sixty years since the end of the war, we have seen that, in the face of major disasters such as the Great East Japan Earthquake [March 11, 2011], there are so many people in Japan who value the bonds between people, can deal with various situations calmly, and work hard towards reconstruction. I have found this most reassuring.

On reaching the age of eighty, I feel fortunate that I am able to lead a life always feeling gratitude to those who have rebuilt Japan and who continue to commit themselves across the nation to the betterment and development of our country in various ways. Having already lived eighty years, I am somewhat perplexed by the question about my life in the coming years, but I would say that, while accepting the limits arising from age, I hope to continue to fulfill my role as best I can.

Over the course of the eighty years of my life, there have been many ties and encounters with various people, starting with Emperor Showa, from all of whom I have learned much, both directly and indirectly. I am indebted to the Imperial Household Agency and the Imperial Guard Headquarters, and I feel grateful that I have been supported by so many sincere and devoted people to this day.

Being an emperor can be a lonely state. But with my marriage, I gained a partner who shares my appreciation for the things that I value. It has given me comfort and joy to have by my side the Empress, who has always respected my position and stood by me, and I feel most fortunate that I have been able to endeavor to carry out my role as Emperor with the Empress by my side.

I shall continue to pray every day for the happiness of the people and carry out my duties for the people.

For many years Your Majesties have visited facilities for children on Children’ s Day and facilities for the elderly on Respect for the Aged Day. The Imperial Household Agency announced that after next year Your Majesties will pass on these duties to the younger generation. We understand that these decisions concerning the passing on of official duties are based on regular discussions between Your Majesty and Their Imperial Highnesses the Crown Prince and Prince Akishino. Would You tell us about Your current health and Your thoughts on passing on these official duties to the younger generation?

Since 1992, the Empress and I have been visiting facilities for children to commemorate Children’ s Day and facilities for the elderly on Respect for the Aged Day. From the year after next, however, we have decided to pass on these visits to the younger generation. We were in our fifties when we started this tradition, but the Empress and I will both be in our eighties by 2015. We already have quite an age gap with the children, while we will be around the same age as the elderly citizens. In two years the Crown Prince will be in his mid-fifties, which is around the age when we began our visits.

For these reasons, we felt it desirable to pass on these duties to the younger generation after next year. My health has had no bearing on this decision.

Regarding the passing on of official duties for the purpose of reducing my burden, as I said in my birthday press conference last year, I would like to maintain the status quo for the time being.

The Constitution of Japan stipulates, ‘The Emperor shall perform only such acts in matters of state as are provided for in this Constitution and he shall not have powers related to government.’ It is compliance with these provisions of the Constitution that I have in mind as I define my activities as emperor.

In the case of the bid to host the Olympic Games mentioned in the question, the purpose was clear, but there may be instances when it is more difficult to judge whether or not a particular activity has to do with state affairs. When this happens, I try to seek the advice of the Grand Steward and Special Advisors, who are capable of considering these issues as objectively and legally as possible. In this case, the Special Advisors, the Grand Steward, and others gave much careful thought into whether or not it touched on state affairs. It is my intention to continue to attend to my duties in a manner compliant with the Constitution.

Your Majesty recently visited India with Her Majesty the Empress and further deepened the friendly relations between Japan and India. Would You tell us Your thoughts on Your first official visit to India in 53 years, and would You also share with us any points You bear in mind when promoting international goodwill?

This visit to India was to commemorate the landmark year of the sixtieth anniversary of diplomatic relations between Japan and India.

When I first visited India it was as a representative of Emperor Showa to reciprocate the state visit to Japan by then President Rajendra Prasad. This was before legal provisions were made to allow others to temporarily substitute for the Emperor in His affairs of state, so it fell on me to make the visit on His behalf.

As I recall, it was not long after India had gained independence and President Prasad was the first president of India. I think it was a time when India was working hard to build a fledgling nation. We also met Vice President Sarvepalli Radhakrishnan, who later became President, and Prime Minister Jawaharlal Nehru. They were all well-known around the world as thinkers. Looking back on that visit even now, I feel that it was a meaningful visit.

Before then, I had read comparatively more books on European and Chinese history, as there were not many books on the history of the region that lay between Europe and China and there was a lot that was unknown. Through the visit, I feel I was blessed with the opportunity to learn about the history of the countries that lay between Europe and China.

On visiting India this time, because of my previous visit, I did have a certain amount of knowledge about the country, but I also felt that there was much greater interest in Japan and deeper interaction between the two countries now than the last time I was there.

For example, we observed the students at the Jawaharlal Nehru University having discussions in Japanese, and their discussions, all in Japanese, were very impressive. I was also struck by the Indian boy we met in a park who was thinking seriously about local environmental issues. From the many things we saw and heard, I received the impression that we can expect high hopes for future exchanges with India and for the development of the country itself.”