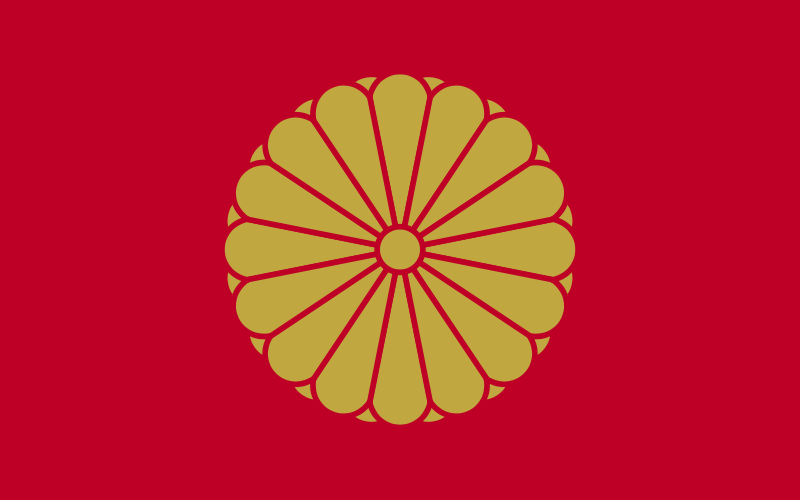 On November 1, 2012, Their Imperial Majesties Emperor Akihito and Empress Michiko of Japan held an audience with the Prime Minister of Norway, Mr. Jens Stoltenberg and his wife at the Imperial Palace in Tokyo, Japan.

The couple tied the knot at the lovely St. Mary Mother of God church in Washington D.C.  For more detailed information about the imperial wedding as well as to view lots of photos please click here.

Here is the 1992 documentary about the history of the Habsburg Dynasty entitled, Die Habsburger.   Click the link below to watch the program.  By the way, it’s in German.

The site, Hofburg Wien, recently published several articles regarding the Imperial Family and their Christmas traditions.  Click here to read the articles.  Finally, if you would like to learn  more about the Habsburgs please click here and here.

For those of you who may have missed the funeral mass for the late H.I.R.H. Archduke Otto von Habsburg in Vienna, Austria this afternoon you may now watch it via these links:

To view photos please click the links here, here, and here.  To read several articles, in German, about the late Archduke please click here.  An article from BBC News and Photos. 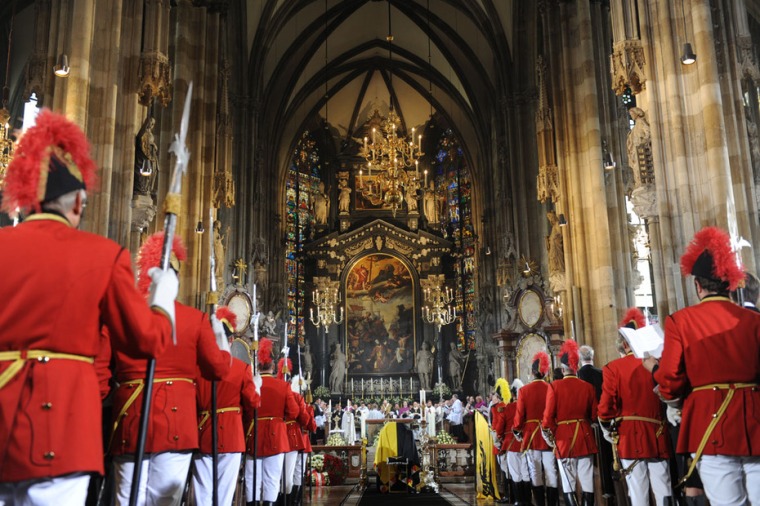 On July 4, 2011, H.I.R.H. Archduke Otto von Habsburg passed away at the age of 98 and for the past several days requiems have taken place in his hometown of Pöcking and in Munich, Germany. Today, the late Archduke Otto lies in state at the Kapuzinerkirche in Vienna (Wien) until his funeral service on July 16, 2011.

Otto Habsburg-Lothringen and his wife Regina (née Princess of Saxony-Meiningen) will be the last members of the former imperial court to be buried in the family vault next to Otto’s mother, Empress Zita. On Thursday and Friday (14 and 15 July 2011), the two deceased will lie in state in the Capuchin Church. The requiem for Otto Habsburg will take place on Saturday 16 July 2011 at 3:00pm in the Stephansdom. After that, the funeral procession will proceed across the Graben and Kohlmarkt, through the Imperial Palace and via the Ringstrasse to the Kaisergruft (Capuchins’ Crypt) on the Neuer Markt.

The funeral will be displayed on LED walls at Stephansplatz (St. Stephan’s Square), Neuer Markt (New Market), and at the Heldenplatz (Hero’s Sqaure.)

There will be many royal as well as heads of state attending the funeral service in Vienna including (source):

I believe the funeral will be broadcast online via ORF.at beginning at 12pm Vienna (Wien) time on July 16, 2011.   Here is the link if you would like to watch the service.

Finally, if you are interested in discussing the amazing life of the late Archduke Otto with others I highly recommend these sites: 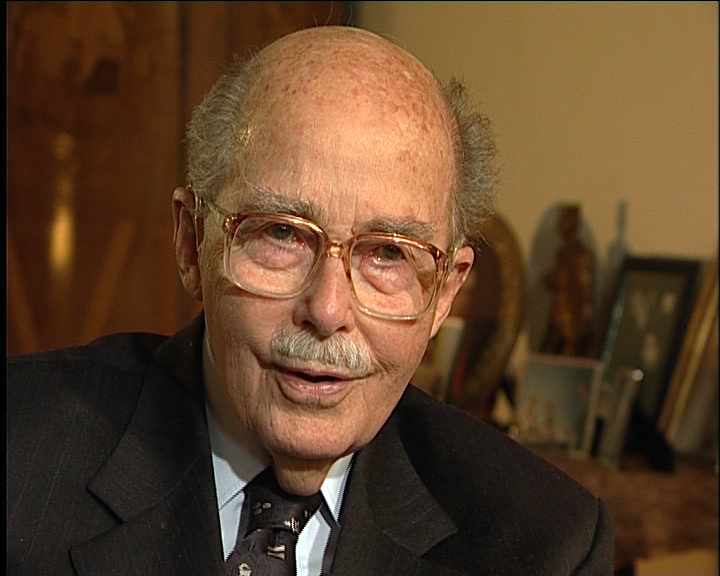 Otto von Habsburg, eldest son of the last regnant Emperor of Austria and King of Hungary, long-time member of the European Parliament and Honorary President of the International Paneuropean Union died at his residence in Pöcking, Upper Bavaria at the age of 98 on July 4, 2011.

During the next days, there will be several requiems and the possibility to pay your condolences to Dr. Otto von Habsburg.

The coffin will rest for three days in the Church f St. Ulrich in Pöcking, Bavaria, while there is a perpetual adoration.

After that there will be requiems in Pöcking, Munich, Mariazell, Vienna and Budapest.

If you would like to visit the official website for the late H.I.R.H. Archduke Otto von Habsburg you may do so here.

To watch a video news report about the death of the Archduke please click here.

To read more about the incredible life of Archduke Otto von Habsburg please click the link here, here, and here.

On his second day in Germany H.I.H. Crown Prince Naruhito of Japan met with various local dignitaries as well as German VIPs. This afternoon he had a meeting with German Chancellor, Angela Merkel, as well as with the mayor of Berlin, Klaus Wowereit. There was also a reception at the Japanese Embassy in his honor.

But, it wasn’t all boring meetings and mindless reception chit-chit for the heir to the Imperial throne in Japan.  The mayor of Berlin gave the crown prince a fantastic tour of the Japanese Garden in Marzahn (it’s in Berlin) where the crown prince was beyond happy and smiled ear to ear.  Yeah, it was a great day.

In case you were wondering, the purpose of the official visit to Germany is to celebrate the 150th anniversary of the Treaty of Amity between Japan and Germany.

To view photos from today please click the link here. 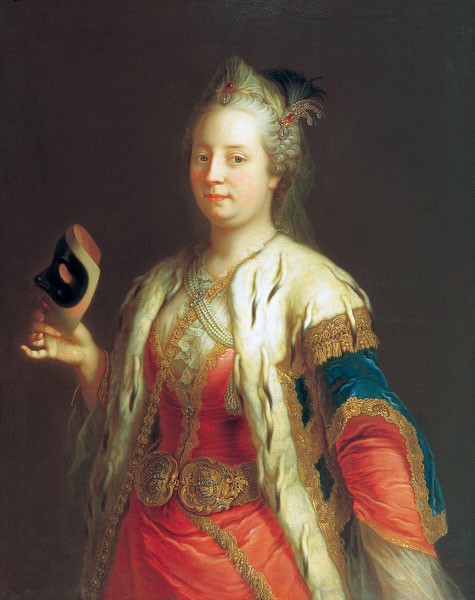 I thought this was an interesting article about the Habsburgs and Viennese Masquerades from the site, The World of the Habsburgs.

Source and photo courtesy of: Habsburger.net