On Saturday, December 19, 2015, Her Imperial Majesty Empress Michiko of Japan arrived at the Suntory Hall in Minato, Tokyo, Japan to attend a concert performance by violinist, Ms. Yasuko Otani, accompanied by the National Philharmonic Society of Ukraine Kiev.

On Tuesday, December 8, 2015, Their Imperial Majesties Emperor Akihito and Empress Michiko of Japan visited the OX Engineering factory in Chiba, Japan.  The company makes custom made wheelchairs for athletes.

And, finally, Her Imperial Highness Crown Princess Masako of Japan celebrated her 52nd birthday on Wednesday.  On the occasion of her special day the Imperial Household Agency released a new photo as well as a written statement from the lovely princess who takes a look back at the past year.

Here is what Crown Princess Masako had to say (rough translation):

“This year, it hit after the war 70 anniversary, it was important year that take a fancy to the preciousness of peace throughout the year. It also occurs in natural disasters around the world this year, even in Japan, my heart aches that precious human life is lost, such as Ibaraki Prefecture Joso. With such a disaster, with represents the deep condolences to those who have passed away Unfortunately, for the bereaved families and victims have been people, I would like the sympathy sincerely. On the other hand, in addition to the two Japanese following the last year has been awarded the Nobel Prize in their respective research fields, such as cited Japan representative for the first time three wins in the Rugby World Cup, there was also good news to put domestic Genki.

With regard to myself, in July this year, by invitation from the Tonga royal family, visited the Kingdom of Tonga to join us and the Crown Prince, and I was able to be allowed to attend the coronation of His Majesty the King. During your stay, from everybody that was including the Tonga royal family, I have I am very grateful that it has received a warm welcome and your thoughtfulness. At the same time, people of Japanese nationals and Japanese Americans, penetration in Tonga society, we were delighted that it is active in the local.

In October we visited the Fukushima Prefecture along with the Crown Prince, many people are woven that are forced to evacuate life away now tail hometown, also, among which is also harmful rumors, Shin I want to further shining Fukushima than before the disaster, I want to contribute to the region back to the future hometown, and is in contact with the words of the high school students full of positive feeling that, pleased, also I thought it was encouraging. In addition, an attempt to overcome hard the harmful rumors, I’ve also visited tomato farmers are doing their own various initiatives, the efforts, now, reliably that have borne fruit little by little, I thought it was pleased . Affected areas of reconstruction is still a middle road, while sincerely hope that every day that you live in peace to the people of the affected areas has come back early than a day, now also Crown Prince and to join us, and a long time in the reconstruction of the affected areas I would like to approach the heart.

In addition, at the end of October National Cultural Festival and was held in Kagoshima Prefecture, is that it was able to attend while received a warm your good thoughts of the Emperor and Empress in the November garden party, was that happy Nitorimashite me.

In particular this year to hit the year of turning point that post-war 70th anniversary, various events related to the previous war was held at home and abroad. The Emperor and Empress, but now visit the Republic of Palau in April, I was struck by your appearance, which is a memorial to the war dead with great your heart. This summer, the Crown Prince, along with Aiko, I myself was also received the opportunity to visit some of the events related to the previous war. There, along with the’ll show a variety of exhibitions, and the war and the subsequent harsh internment lifestraightOr FlipTo hear a story of experience have been people and their families in, I deeply once again think in misery and the preciousness of peace of war. Aiko also received the opportunity to actually see and hear the experiences of exhibitions and war of the facilities we visited together, also in addressing the summer homework in school, history and war, how is Japan from the post-war devastation about what has made the reconstruction, we learn with interest, we felt that gave me a better understanding.

On this year is, and asked their thoughts to the many people who died in the previous war, sincerely wish peace and friendship with other countries, now also build a better Japan, to continue the effort to go take over to the next generation We thought that it might be became important milestone in.

Their Majesties the Emperor and Empress is, two years ago, it did you healthy to welcome Sangju in succession last year, and, in this year of July, and welcomes the Emperor and Empress to the Crown Prince’s Palace, the Empress of Sangju of celebration and such am allowed held, we’re glad that we were able to join us the opportunity of two years ago to come of Their Majesties celebration. Then, to the Empress, the findings myocardial ischemia is suspected Ali becomes your, that it has been received your diagnosis requires careful observation, We look worried you sincerely. The Emperor and Empress, Come in busy of your public service every day, and Nasari to your care of your body earnestly, I pray that you will in the future also purchased healthily stay. In addition, the Emperor and Empress, while received your thoughtfulness than daily, in that it is our watch you warmly at me and Aiko, We would like to thank from the bottom of my heart is now overlaid.

The other day, that Prince Mikasa like now to pick up your healthy 100-year-old birthday also Kangaibukaku was there that it is happy. I would like to sincerely pray sincerely the future lasting your health.

Aiko is a state in which familiar to junior high school life, we enjoy school life with a lot of friends. It becomes second grade, a variety of activities in the study and school also appeared to have become more busy, also, but has increased the opportunity to go out to various places, while now also further expanding the width of the alternating current, a variety and stacking the experience, we hope to want go send a daily that was fulfilling.

With regard to myself, we have sought to fulfill, while careful to physical condition this year, the ministry of as much as possible over the public and private. In particular, the Kingdom of Tonga in July, that we have a warm welcome for many people when I visited Fukushima Prefecture and Kagoshima Prefecture, in October, I Nitorimashite became very big encouragement. In the future, while me your help from many people, we would like to continue its efforts towards the recovery. On this occasion, to the warm you feel you are you approach than daily from people of everybody, I would like would like to thank in this reform.”

His Imperial Highness Prince Takahito of Mikasa, the youngest son of the late TIMs Emperor Taishō and Empress Teimei of Japan, turned 100 years old today.  The prince is now the “…first centenarian in Japan’s Imperial family since the country opened to the West in the late 19th century…” according to the Wall Street Journal.

On Friday, November 20, 2015, His Majesty King Willem-Alexander of the Netherlands and His Imperial Highness Crown Prince Naruhito of Japan participated in the United Nations Secretary General’s Advisory Board on Water and Sanitation (UNSGAB) closing ceremony held at the United Nations headquarters in New York City.

On Wednesday, November 18, Crown Prince Naruhito gave a speech during the Special Thematic Session on Water and Disaster held at the General Assembly Hall at the United Nations headquarters. Earlier in the day the future Emperor of Japan met with the United Nations Secretary General, Mr. Ban Ki-moon. 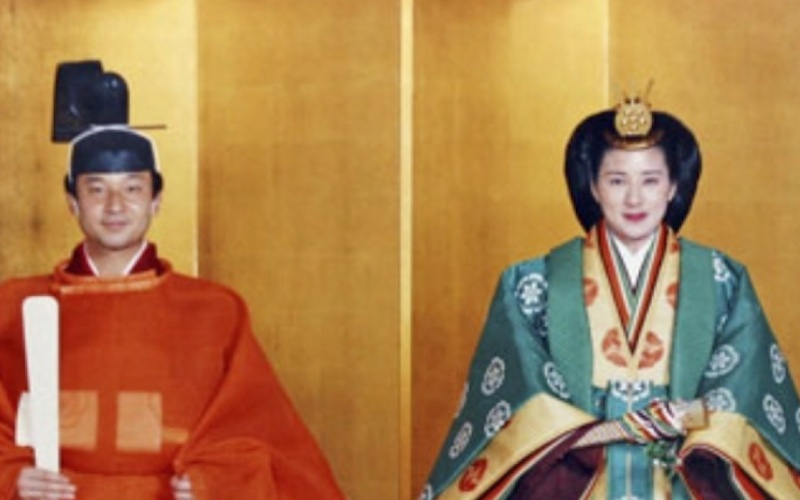 On Friday, October 30, 2015, Their Imperial Majesties Emperor Akihito and Empress Michiko of Japan visited the United Nations University in Tokyo, Japan, to mark its 40th anniversary.

Tomorrow, the imperial couple will attend the 30th Annual National Cultural Festival (NCF) opening ceremony.  Held under the theme, Riding the Kuroshio Wave of Cultural Restoration, the NCF is the “…largest cultural event in Japan, where arts and culture organizations and enthusiasts from around the country gather to engage in cultural activities, performances, and interaction with one another…” according to the official website for the National Cultural Festival.

On Sunday, July 26, 2015, Their Imperial Majesties Emperor Akihito and Empress Michiko of Japan visited the Akasaki Institute at Nagoya University in Nagoya, Japan.

This morning Their Imperial Majesties attended the opening of the XIX INQUA Congress held at the Nagoya Congress Center.  The theme of the this year’s gathering: Quaternary Perspectives on Climate Change, Natural Hazards and Civilization.

On Sunday, July 26, 2015, Their Imperial Highnesses Crown Prince Naruhito and Crown Princess Masako of Japan accompanied by their daughter, Princess Aiko of Japan, visited a World War II related exhibition at the National Showa Memorial Museum in the district of Chiyoda in Tokyo, Japan. 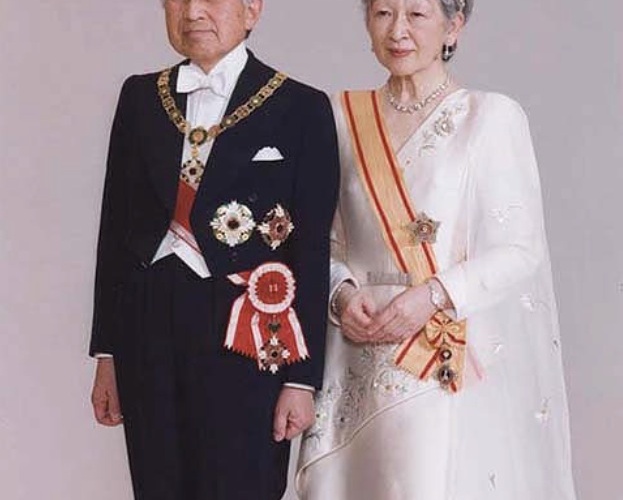 On Monday, July 20, 2015, Their Imperial Majesties Emperor Akihito and Empress Michiko of Japan took time off from their holiday at the Nasu Imperial Villa to meet with residents as well as local government officials from the district of Nasu in the Tochigi Prefecture.

Yesterday, the imperial couple attended the coronation of His Majesty King George Tupou VI of Tonga.