The crown princess also released a statement regarding her thoughts about this past year.  Here is what she had to say (rough translation): 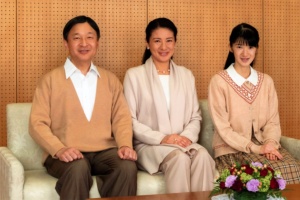 “In the past year, there were various things both inside and outside of the country. Floods caused by the Kumamoto earthquake in April, the typhoon  in the summer, and many other natural disasters that occurred abroad. I express my heartfelt condolences to the people who passed away in unhappiness and their bereaved families. Also, I wish to express my condolences for the hardships of the affected people as well as I pray from the bottom of my heart that I can return to life I can relieve as soon as possible. The occurrence of an earthquake of seismic intensity 7 in Kumamoto Prefecture was an unexpected thing, my heart ached from the magnitude of the damage. Also, since the big aftershocks lasted for a long period of time, I think that many people had a hard time thinking.

East Japan great earthquake disaster is also always getting hung up on my mind. In June, I visited Iwate Prefecture with Prince Crown Prince for visit to the reconstruction situation, I realized that the reconstruction is progressing steadily, such as the development of disaster public housing and housing estates progressed . On the other hand, my heart felt painfully as I heard stories about the difficulties continuing from people living in temporary housing now. Furthermore, in such a situation, I knew that Typhoon No. 10 brought about major damage to Iwaizumi Iwaizumi Town and Hokkaido, I thought about the magnitude of the impact the people suffered. Also, in recent years, it seems that there are a lot of large-scale disasters, I feel once again the importance of preparation for daily disasters. I hope that those affected will be able to live peacefully as soon as possible and I would like to keep in mind the restoration of the afflicted areas for a long time with the Crown Prince.

The bright topic of the year was that the Japanese team won great performances at the Rio Olympics and the Paralympics during the summer and that Dr. Yoshinori Osumi was awarded the Nobel Prize for physiology and medicine in autophagy research I will. And the selection of the Japan Overseas Cooperation Volunteers, which was established in 1965 as a Nobel Prize in Asia, was chosen as a proof that international contributions by Japanese young people are highly valued from the world, I am very pleased about these things. 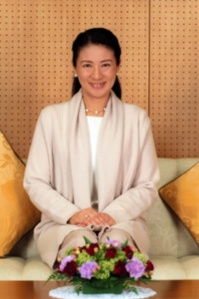 However, in Japan, it is becoming apparent that people with disabilities, people who are socially vulnerable, such as children and the elderly, will be sacrificed, which is of concern. Even with looking to the world, issues such as poverty, the increase of refugees, the occurrence of many victims by terrorism, and so on are piled up. I feel that it is important for people to overcome each other’s differences with a broad mind, to gather wisdom together with hands and work together to solve various problems in the current world .

To the Emperor and Empress, I began visiting the Philippine country in January, I also saw how I was fulfilling my duties while carefully working each and every single year, deep emotion We are renewing our philosophy. And, the words of the Emperor in August this year, I have grasped the television broadcast with a solemn thinking, and I take it heavily for your Majesty’s feelings. I am praying to the Emperor from the bottom of my heart that every day I am very busy with my duties and I am treating my physical condition and treating my health forever.

In October, His Highness Prince Makasa Mikasa had passed away. To Mikasa Miya, I am feeling lonely, since I received my highness, Prince Crown Prince, me and Aiko as well as having taken care of me. I am rewarding this opportunity to express my appreciation of gratitude and my respect for my longevity and pray for the souls. Also, overseas, His Majesty the King of Bhumibol of Thailand had passed. I was deeply sorry for the citizens of Thailand because I was devoted to the Thai country for many years and I was deeply appreciated by the people, so it was a shame. About twenty years ago, I invited you to Bokkok, Bangkok which I visited on the way to the Middle Eastern countries that became my first foreign visit after marriage, for me, to host a deep and memorable heart-warming dinner party I remember old times. I sincerely pray for the souls.

Regarding myself, while paying attention to the physical condition this year, starting the ceremony of the Emperor Jinmu 2,600 years in April and striving to fulfill as much duty as possible for the public service inside and outside the East Palace I give up. Among them, I visited Chiba and Iwate Prefecture in June, Nara Prefecture and Kyoto Prefecture in July, Nagano Prefecture in August and Gifu Prefecture in November, welcoming a lot of people with a smile with a warm smile What I received was great encouragement for me. From now on, I would like to continue my efforts to recover while receiving assistance from everyone.

Princess Aiko is surrounded by many friends and lives a fulfilling middle school life, and this year, along with the Crown Prince and I, including the ceremonial ceremonial commemorative ceremony of Jimmu Emperor Yamanashi and “mountain days”, various events and places I also got more to go out. Through such things, I feel that I am learning the awareness and role as an imperial family. I entered autumn, I lost my physical condition, I worry very much to everyone. Indeed, I feel that my physical condition has recovered fairly now, I am working on study while sending important days of my remaining junior high school life carefully. I hope to continue growing more and more while accumulating various experiences from now on. I sincerely thank each of my majesties for rewarding this opportunity to watch over me and Aiko while having a warmest heartfelt than usual. We would like to express our gratitude to the warm feelings offered by the people as well.

We believe that the affected areas including the Tohoku area and Kumamoto are also experiencing severe winter cold. I sincerely hope that those affected by the disaster will be able to spend a calm and daily life with warm support from many people.”