It was announced today February 11, 2011, via the Imperial Palace in Tokyo, that HIM Emperor Akihito of Japan has been diagnosed with Arteriosclerosis.  Currently, the 77 year old Emperor will be “… under medication…” and will continue to carry out his duties as well as activities as usual.

According to the Mainichi Daily News:

The stiffening of the arteries was discovered during a medical check using contrast agent on his artery leading to the heart at the University of Tokyo Hospital, the agency said.

The Emperor will stay the night at the hospital and return to the Imperial Palace on Saturday, according to the agency.

‘The Emperor can continue his official duties and exercise such as tennis and walking’, said Ichiro Kanazawa, imperial household medical supervisor. ‘I asked the emperor to let his personal doctor know immediately if he feels any kinds of symptoms such as pain in the chest,’ Kanazawa said.

It’s good to hear that he will continue his duties as Emperor of Japan, but at the same time I hope he takes it easy for a while.

If any new information shall come through the news wire I will definitely post it for all of you. 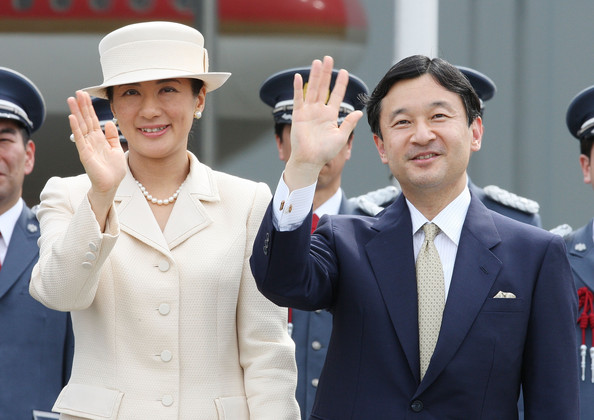 It was announced this morning, PST, that the Japanese Imperial Household is making every effort to have the Japanese Crown Princely couple attend the British royal wedding together this April 29, 2011.

If things should work out this will be their first official visit together since 2002.

The British royal wedding of Prince William and Kate Middleton continues to grab headlines worldwide as the Imperial Household Agency in Japan announces the intention of Crown Prince Naruhito and Crown Princess Masako to attend.

The royal household in Britain extended an invitation to the wedding on April 29 at Westminster Abbey to Emperor Akihito and Empress Michiko at the Queen’s request last week, according to Kyodo News.

The Imperial Household Agency has therefore announced that the Crown Prince and Princess intend to attend, health permitting.

Crown Princess Masako, 47, has been undergoing much publicized treatment for a stress-induced illness, which has meant she and her husband haven’t made an official overseas visit since 2002, when they visited Australia and New Zealand.

To read the rest of the article regarding today’s announcement please click the link: CNNgo.com 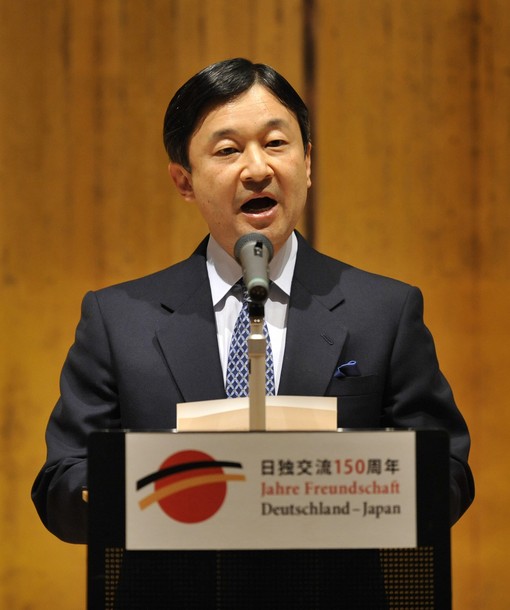 This afternoon, January 24, 2011, Japan’s Crown Prince Naruhito attended the 150th anniversary of the Amity Treaty between Germany and Japan, “The treaty was signed to establish diplomatic and commercial relations between the two countries.”

During the celebrations Crown Prince Naruhito gave a speech as well as hosted a reception at the National Art Center in Tokyo.  Attendees included German Culture Minster Bernd Neumann and the German Ambassador to Japan, Volker Stanzel.  Unfortunately, Crown Princess Masako was, once again, absent.  Then again, royal watchers never see her unless it’s a balcony appearance at the Imperial Palace in Tokyo.

To view more images from this event please click the link: Crown Prince Naruhito of Japan

Crown Princess Masako of Japan turned 47 years old this past December 9, 2010.  The little seen Crown Princess of Japan spent the day with her family at the Imperial Palace in Japan. 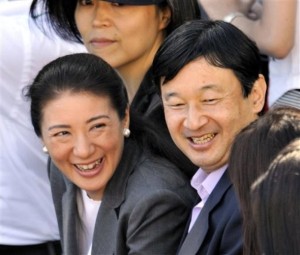 The life of Japan’s Crown Princess is a sad one.  Ever since she married the awesome Crown Prince Naurhito the once vibrant and outspoken Masako has become a shadow of her former self. Apparently, she suffers from depression as well as anxiety attacks.

To see her smiling and out and about is a real treat for royal watchers.  I sincerely hope she gets well soon.