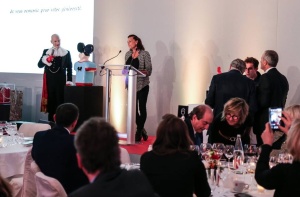 The money raised — €297,500 — during last evening’s auction were donated to the non-profit organization, Fight AIDS Monaco, which continues to “…develop the actions of information and HIV prevention, but also to continue supporting people living with HIV.”