On Sunday, November 29, 2015, Their Serene Highnesses Prince Albert II and Princess Charlene of Monaco accompanied by their adorable twins — Princess Jacques and Princess Gabriella — participated in the March for Climate walk in Monaco-ville, Monaco.

The event, organized by the Fondation Prince Albert II de Monaco (FPA), was held ahead of the COP21 which takes place in Paris, France, on November 30, 2015.  The purpose of the walk in Monaco was to raise awareness on climate change as well as to urge decision-makers about the desperate need for concerted action for the fight against the effects of climate change.

According to the Palais Princier over 1,000 people participated in this morning’s walk which began in front of the Place du Palais and ended at the Stade Louis II in Fontvieille. 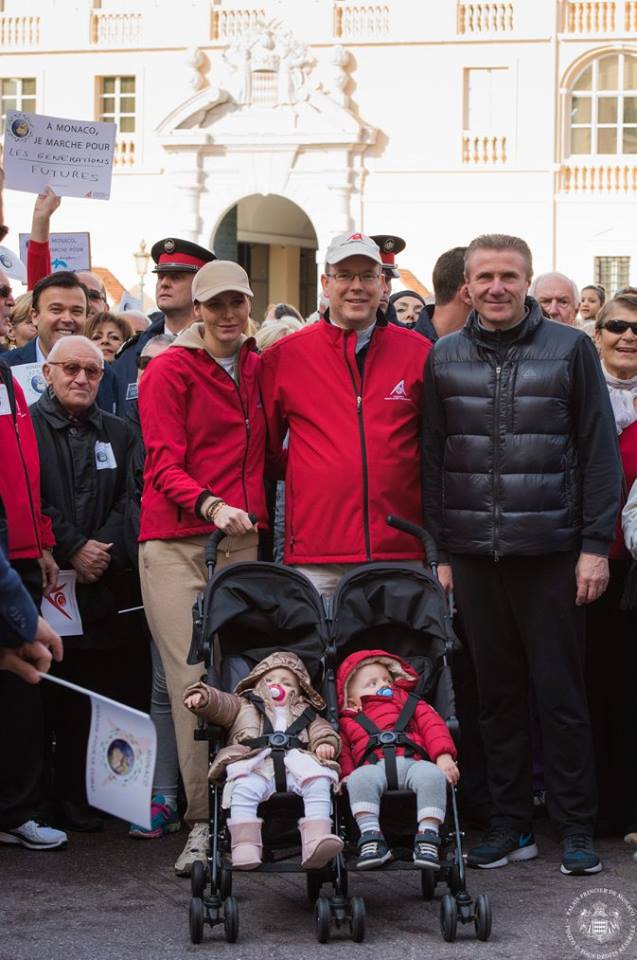